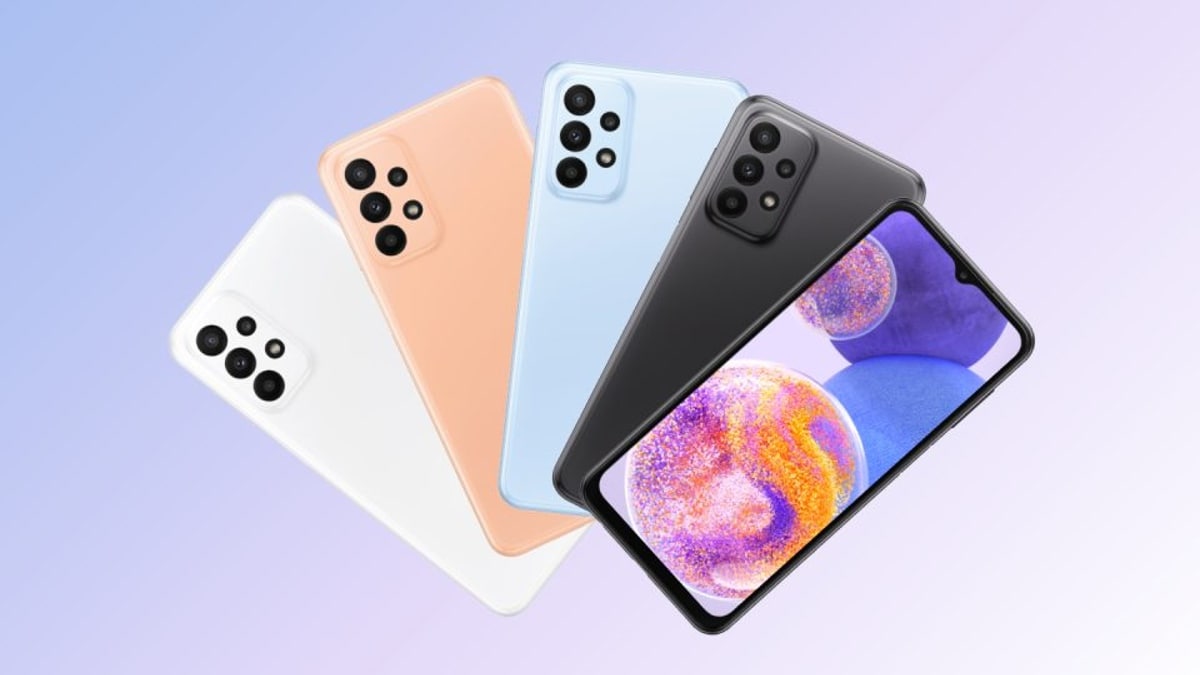 Samsung has launched its Galaxy A13, Galaxy A23, Galaxy M33, and Galaxy M23 smartphones. All handsets have a 6.6-inch TFT Full HD Plus display. Except for the Galaxy M23, all other smartphones have quad rear cameras. Triple rear camera has been given in Galaxy M23. The primary camera of 50 megapixels is available in all the devices. Both the A-series smartphones are almost identical in design and specifications. Out of the four phones launched, Galaxy M33 has a 6000mAh battery with the highest capacity.

The company has yet to launch its new Samsung Galaxy A13, Galaxy A23, Galaxy M33 And Galaxy M23 Price has not been announced. Meanwhile, the Galaxy A13 has been sold by a Dutch retailer. Website on (via GSMArena) Has been observed. Its 4GB + 64GB storage model is listed at EUR 190 (approximately Rs 15,800) while the 4GB + 128GB storage variant is priced at EUR 210 (approximately Rs 17,500). Both the smartphones are shown to be available for pre-order in the country. The GSMArena report also says that the Galaxy M33 and Galaxy M23 will be launched in India.

Samsung Galaxy A13 runs on Android 12 based OneUI 4.1. It has a 6.6-inch TFT display with Infinity V Notch. The protection of Corning Gorilla Glass 5 has been given for the display. The company hasn’t confirmed its processor model but GSMArena’s report says that the phone has an Exynos 850 SoC paired with 6GB of RAM and 128GB of storage.

For photography, the phone has a quad camera setup with a 50-megapixel f/1.8 aperture lens. Along with it is a 5-megapixel ultrawide camera, which has an aperture f / 2.2. Apart from this, a 2-megapixel macro shooter and depth sensor are available. 8 megapixel front camera is available in the phone for selfie.

Samsung Galaxy A13 has a 5000 mAh battery with support for 25 W fast charging. It has a side mounted fingerprint scanner. The dimensions of the phone are 165.1×76.4×8.8mm and weight is 195 grams. The company has launched it in Black, Blue, Peach and White color variants.

Both Samsung Galaxy A13 and Samsung Galaxy A23 are similar in display, camera, battery and color variants. The difference comes in the configuration of these two. The processor of Galaxy A23 has not been disclosed but the company has given 8 GB RAM inside it. It will have only 64 GB and 128 GB options for storage.

Samsung Galaxy M33 runs on Android 12 based OneUI 4.1. It has a 6.6-inch TFT FullHD+ display with Infinity V Notch. Samsung has not disclosed about its processor but it has been said that it will have an octa-core processor. Which can be paired with up to 8 GB of RAM and 128 GB of storage.

The Galaxy M33 also has a quad camera setup similar to the Galaxy A13 and Galaxy A23. It has a 6,000mAh battery and also has Samsung Knox security. The phone has a side mounted fingerprint scanner. Its sensors have been given accelerometer, gyro, ambient light and proximity sensor. The phone will be available in Blue, Brown and Green colors. Its dimensions are 165.4×76.9×9.4mm and weight is 215 grams.

Samsung Galaxy M23 has the same display and operating system as Galaxy M33. It will have an octa-core processor, which can be paired with 4 GB RAM and 128 GB storage. The device has a triple rear camera with a primary lens of 50 megapixels. It is accompanied by an 8-megapixel ultrawide lens with f/2.2 aperture and a 2-megapixel depth sensor. The phone has an 8-megapixel camera for selfie and video calling.

The Samsung Galaxy M23 packs a 5,000mAh battery and comes with Samsung Knox security. Sidemounted fingerprint scanner is also available in it. Its sensors include accelerometer, gyroscope, ambient light and proximity sensor. The phone will be available in Deep Green and Light Blue colours. Its dimensions are 165.5x77x8.4mm and weight is 198 grams.