Samsung comes up with artificial “muscles” for virtual reality systems 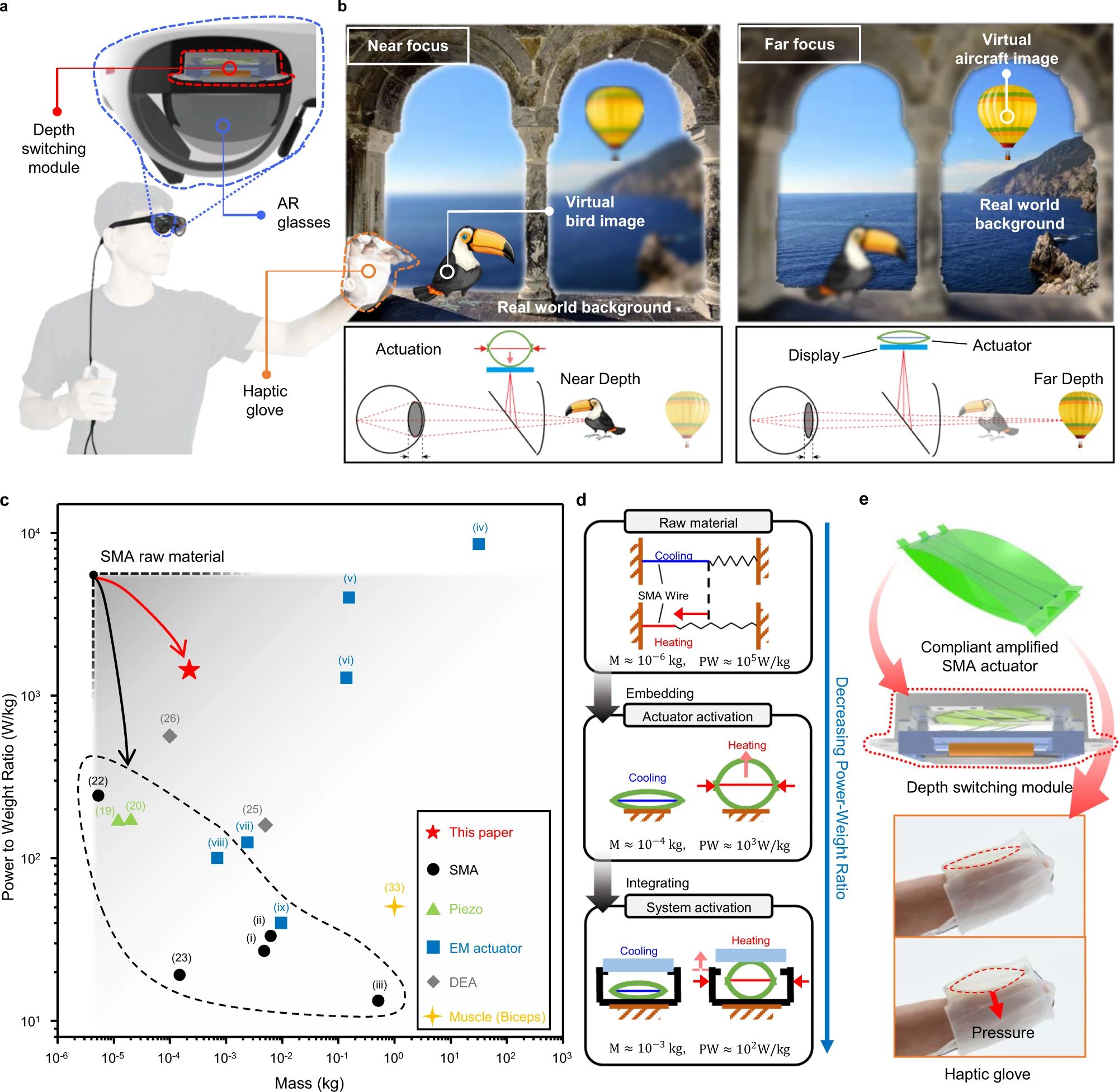 Samsung, together with experts from Ajou University, announced the creation of universal artificial muscles CASA, which will be used with augmented reality headsets. Technically, these are arc-shaped metal springs with wire, and the actuator can lift a weight that exceeds its own 800 times.

Thus, “muscles” weighing 0.2 grams can lift more than 170 grams of weight. If the design is scaled up, then CASA will be able to lift hundreds of kilograms, which is also useful in robotics and exoskeletons.

As for the use of such “muscles” in AR / VR technologies, they can be used in virtual suits and gloves to feel digital objects tactilely. For example, it will be possible to pet a virtual cat.

In addition, the technology can also be used in VR helmets to focus on a particular object, as it happens in reality. So far, it has not been reported when such technologies will appear in commercial solutions on the market.