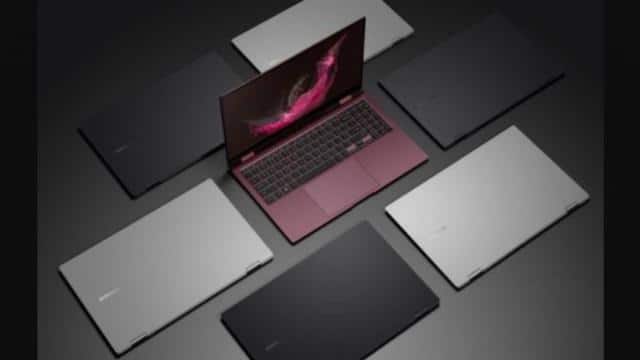 Samsung has launched the Galaxy Book2 Pro and Galaxy Book2 Pro 360, expanding the range of its laptops. The company has launched both these laptops at MWC 2022 (Mobile World Congress). The Galaxy Book 2 Pro comes in Silver and Graphite color options and is priced at $1049 (approximately Rs 79,300). At the same time, Galaxy Book 2 Pro 360 has been launched in Burgundy, Graphite and Silver color variants and its price is $ 1249 (about Rs 94,400). The sale of both laptops will start in the US from April 1.

Both laptops come with up to 32GB of LPDDDR5 RAM and up to 1TB of NVMe SDD storage. The company is offering 12th generation Intel Core i7 and Core i5 processors in these. Both models work on the Windows 11 operating system and also have S Pen support.

Talking about the battery, the company has given 63Wh battery in Book 2 Pro and 68Wh in Book 2 Pro 360. The special thing is that both these laptops support 65W fast charging. The company claims that this battery gives a backup of up to 21 hours on a single charge. For strong sound, the company is giving Dolby Atmos Dual Stereo 4 speakers in them. For connectivity, apart from Thunderbolt 4 and Wi-Fi 6E, many options are available in them.