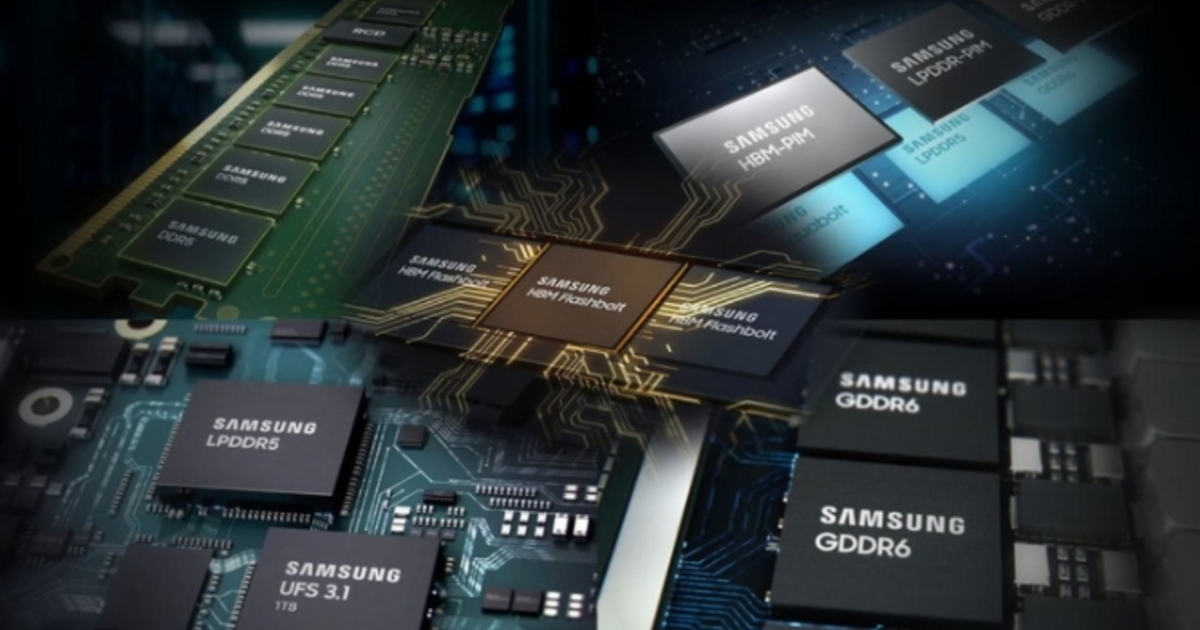 The date for the release of the new memory, most likely, is 2026, not earlier.

Samsung is also developing memory for new generation video cards: GDDR6 + and GDDR7. They will consistently replace each other. GDDR6 + replaces the GDDR6 memory used in most modern graphics cards.

The speed of video memory GDDR6 +, according to Samsung, will be up to 24 Gbps. If the declared speed turns out to be real, video cards with 320-bit and higher memory bus will be able to provide a bandwidth of more than 1 TB / s, and video cards with a 256-bit bus – 768 GB / s.

Also Samsung announced the development of memory for servers – HBM3. This type of memory is intended for processors and graphics accelerators of DATA centers. Its production should begin in the first half of 2022.