Sales of Bajaj Pulsar 180 stopped in the market, know why the company stopped production 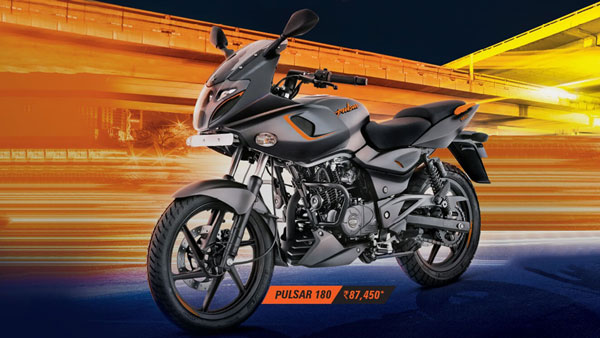 Apart from this, if some dealerships are to be believed, the company has stopped shipping the stock of this motorcycle and its production was also stopped a few months ago. The reason for the discontinuation could be lack of demand and the need to make way for the new-generation Bajaj Pulsar model.

The outgoing Bajaj Pulsar 180 was reintroduced in February 2021, soon after the 180cc doppelganger of the Pulsar 220F was dropped from the company’s portfolio. It boasts of a design almost identical to the Pulsar 150 with mild visual changes and various color options.

The motorcycle comes with a 15-litre fuel tank and weighs 151 kg. As far as its equipment is concerned, it makes use of 17-inch alloy wheels at both ends with telescopic forks and dual spring with 5-step preload adjustability.

As standard, braking is handled by single discs at both the ends along with single-channel ABS. Let us tell you that in the month of June, Bajaj Auto launched the Black Edition of its Bajaj Pulsar 250. The company launched this motorcycle at a price of Rs 1.50 lakh (ex-showroom).

The new Pulsar 250 twins are now equipped with dual-channel ABS. The regular versions of both the models get only single-channel ABS. Also, both the bikes now come with a dark paint scheme. The company calls it the Brooklyn Black paint shade.

The panels in both the models use matte and gloss paint, with a bit of silver paint as a highlight. Black paint is also present on other parts of the bike including alloy wheels, exhaust, engine and other parts. The engine of both the Pulsar N250 and F250 is the same as the previous model.

Both the bikes are equipped with 249cc, SOHC, air and oil-cooled single-cylinder engines. This engine generates 24.5 bhp power and 21.5 newton meter peak torque. This engine is mated to a 5-speed gearbox with slip and assist clutch.