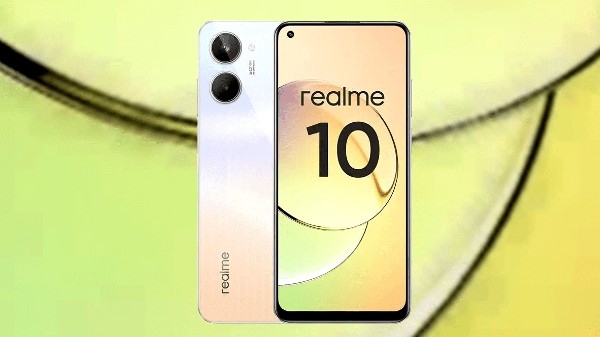 Realme recently confirmed that the Realme 10 series will be breaking cover in November. And now, the new Realme 10 4G leak reveals that its first sale in “selected markets” will take place on the first day of November. This news has come from MySmartPrice quoting leaker Paras Guglani.

Apart from the Realme 10 4G sale date, the report also revealed the color, RAM and storage options of the phone. According to the report, the Realme 10 series will first launch in the global market and will be available in India later. The publication also spotted the phone’s 5G sibling on the 3C certification website, revealing battery and charging specs.

Realme 10 4G will be officially available for purchase from November 11. It will launch in Indonesia in three storage configurations. The base variant will pack 4GB RAM and 128GB internal storage. There will also be 8GB + 128GB and 8GB + 256GB storage options. The device can be bought in Rush White and Clash Black colours.

The new Realme 10 4G is expected to launch in November 2022. The company hasn’t confirmed the launch, but looking at the number of leaks, the phone could debut alongside the 10 Pro and 10 Pro+ 5G models. Tipster Paras Guglani claims that the upcoming Realme 4G smartphone in the Number series will feature a 6.5-inch Full HD+ IPS LCD with 180Hz touch sampling rate. Panda Glass can be seen above the display.

The phone will draw power from the MediaTek Helio G99 SoC. It will come with 50MP main camera sensor and 2MP macro sensor. The device will also have a 16MP front camera. Guglani further revealed that the phone will house a 5000mAh battery that will support 33W fast charging.

While no details have been revealed about the exact RAM and storage variants, the tipster revealed that the phone will have LPDDR4x RAM and UFS 2.2 storage. There will also be virtual RAM support of up to 8GB on top of the physical RAM.