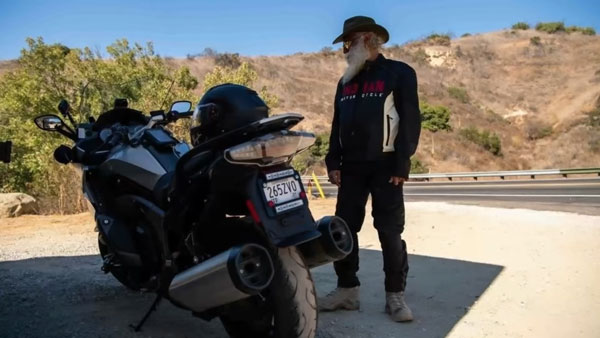 During this mission, he will meet many famous personalities of the world and appeal to start such policies, so that soil erosion can be stopped in all countries.

Will travel 30 thousand kilometers by bike

Sadhguru, the founder of Isha Foundation, said that in this 100-day bike journey, 27 countries and a distance of 30 thousand kilometers will be covered. Sadhguru says that this is neither a method of protest nor a strategy of coercion. It is a way of manifesting the will of the citizens.

Initiating the Save Soil Andolan, Sadhguru said, “In these 100 days each one of you will have to think about soil for five to ten minutes. It is very important that now the whole world should talk about soil conservation for 100 days.” Needed.”

Only 55 years of cultivable soil on earth

Referring to the importance of soil, Sadhguru Jaggi Vasudev said that scientists and UN agencies have estimated that only 55 years of cultivable soil is left on the earth. Experts have warned of a looming food crisis that could spark a raging civil war in the world.

Making an emotional appeal to the audience attending the event to take part in the movement, Sadhguru said, “Soil is the only magical thing, where even when buried after death, sprouts of life emerge from it.” We have come out of this soil. From this soil we get food and after death we get into this soil.