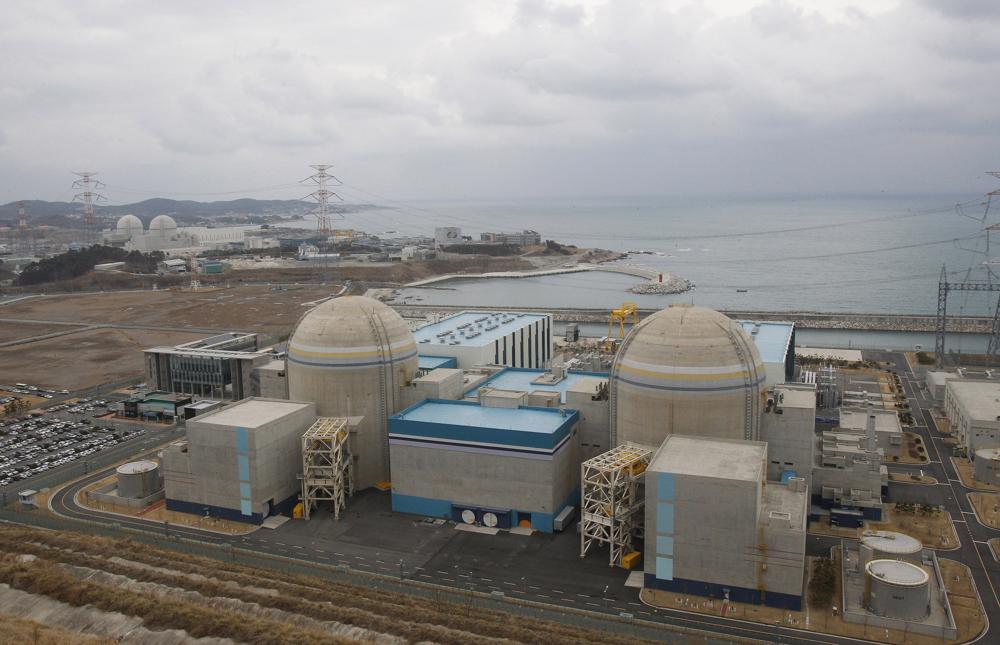 The South Koreans hailed the deal as a triumph for their nuclear power industry, although it made for awkward optics as their American allies push an economic pressure campaign to isolate Russia over its war on Ukraine.

South Korean officials said the United States was consulted in advance about the deal and that the technologies being supplied by Seoul for the project would not clash with international sanctions against Russia.

According to South Korea’s presidential office and trade ministry, the contract between state-run Korea Hydro and Nuclear Power and ASE requires the South Koreans to provide certain materials and equipment and construct the turbine building of the plant being built in Dabaa. The Mediterranean coastal town is located about 130 kilometers (80 miles) northwest of Cairo.

ASE is a subsidiary of Rosatom, a state-owned Russian nuclear conglomerate.

A senior aide of South Korean President Yoon Suk Yeol said the negotiations were slowed by “unexpected variables,” mainly Russia’s war on Ukraine and the U.S.-led sanctions campaign against Moscow over its aggression.

Choi Sang-mok, Yoon’s senior secretary for economic affairs, said South Korea provided an explanation to the United States in advance about its plans to participate in the Dabaa project and that the allies will maintain close consultation as the work proceeds. As part of U.S.-led sanctions against Moscow, South Korea has ended transactions with Russia’s central bank and sovereign wealth funds and banned exports of strategic materials to Russia.

Neither Choi nor officials from South Korea’s trade ministry elaborated on how the crisis in Ukraine and the sanctions on Moscow affected the negotiations between Korea Hydro and Nuclear Power and ASE, which has a contract with Egypt to build four 1,200 megawatt reactors.

Choi stressed that South Korea’s involvement in the project would not clash with international sanctions against Russia.

“Any kind of issue can be met by various uncertainties, but those have all been resolved as of now, and that’s why we were able to finalize the agreement,” he said.

Yoon’s office expressed hope that South Korea’s participation in the Dabaa project would help the country gain a foothold in future nuclear projects across Africa and also improve its chances to export to countries such as the Czech Republic, Poland and Saudi Arabia.

Korea Hydro and Nuclear Power had been engaging in negotiations with ASE as the preferred bidder for the turbine-related project since December, before Russia’s invasion of Ukraine in late February.

Go Myong-hyun, a senior analyst at Seoul’s Asan Institute for Policy Studies, said the deal wouldn’t have been possible without an export approval by the United States as the components provided by Korea Hydro and Nuclear Power likely include U.S.-originated technology.

Current sanctions against Moscow also do not include specific restrictions related to nuclear energy and the Biden administration would have no interest in disrupting a crucial project for Egypt, which it sees as a key partner in the region, Go said.

While South Korea’s involvement in the Dabaa project wouldn’t immediately be a problem between the allies if the Americans signed off on it, things could change depending on how Russia’s war on Ukraine goes and whether Washington expands export controls against Moscow, Go said.

Yoon’s office said the participation in the Dabaa project is the country’s biggest export of nuclear power technology since 2009, when a South Korean-led consortium won a $20 billion contract to build nuclear power reactors in the United Arab Emirates.

Yoon, a conservative who took office in May, has pledged to boost South Korean exports of nuclear power technology, which he insists were dented under the policies of his liberal predecessor, Moon Jae-in, who sought to reduce the country’s domestic dependence on nuclear energy.

Yoon in a statement on Facebook said the deal reaffirms South Korea’s “advanced technology and safeness and strong supply chains” in the nuclear power industry. His government has set a goal of exporting 10 nuclear power reactors by 2030. News Source – AP