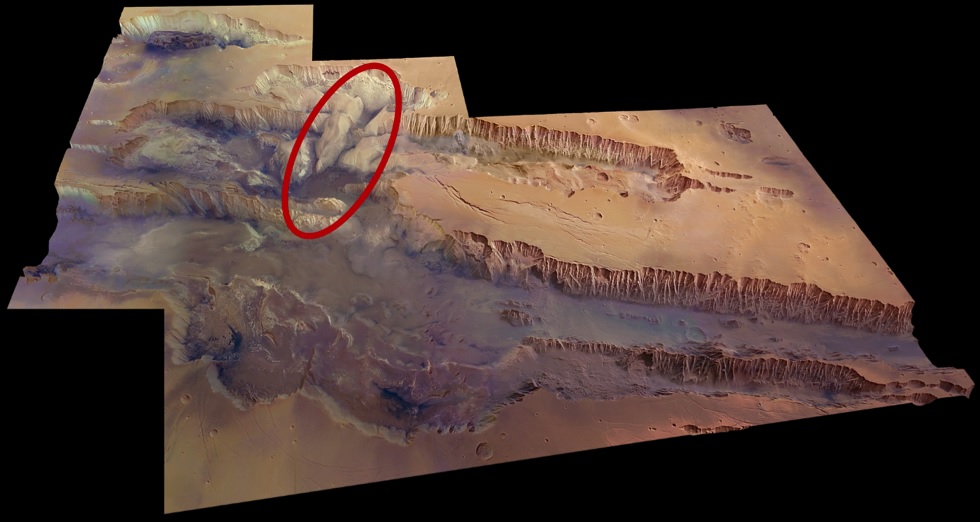 According to Vesti, the Russian neutron telescope of the ExoMars-2016 mission discovered a huge glacier at the bottom of the Mariner Valley canyon near the Martian equator.

According to the Space Research Institute of the Russian Academy of Sciences, the area covered by the glacier is about 41,000 square kilometers, which is twice the area of ​​Lake Ladoga.

The existence of a glacier near the Martian equator requires special conditions of illumination, pressure and temperature. Such conditions can only take place at the bottom of deep gorges. The glacier could have formed along with the canyon itself two billion years ago and consisted of the ancient frozen water of young Mars.

Presumably, this glacier will be investigated in more detail in the future. If mineral salts and complex chemical compounds are found in frozen water, this will provide answers to some questions related to primitive life on Mars.

Previously, ancient lava flows were discovered under the surface of Mars, and scientists also learned that the planet’s landscape was formed by ancient floods.