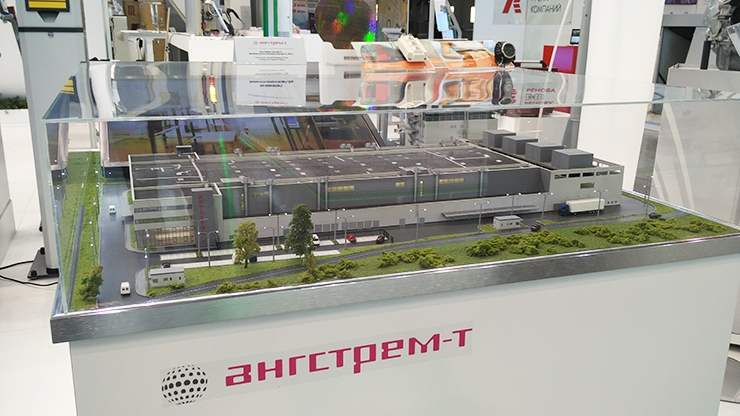 According to the decree of US President Joseph Biden, the US Treasury issued an order regarding sanctions against a number of financial institutions of the Russian Federation and their subsidiaries. A new package of sanctions has been prepared in response to the actions of the Russian Federation in the Donbas. The target of the package were, among other things, Promsvyazbank and VEB banks. The latter owns the Angstrem-T chip company, so it also came under sanctions.

At one time, Angstrem was one of the three largest manufacturers of semiconductor components in the USSR. In modern Russia, the company hoped to get a second wind after buying decommissioned industrial equipment from AMD. An agreement on this was concluded in 2007, and in 2008, lines for the production of chips on 200 mm wafers from the AMD Dresden plant began to arrive in Russia, where modernization began with the transition to 300 mm wafers . Angstrem-T opened a $815 million credit line from VEB for the purchase of AMD 130nm lines.

The production of the 130-nm line at the facilities of Angstrem-T was planned to be launched in 2012. The crisis that began in 2008 put the process on the back burner. In fact, the production of microcircuits at the plant started only in 2018. The company was potentially capable of producing a range of standard logic and analog solutions, power semiconductors, drivers, and the like. The process license was provided by IBM. Also, IBM helped with the license for the 90-nm process technology and dealt with the transition to it.

Unfortunately, the activities of Angstrem-T most of the time remained under one or another sanctions, which made it difficult to purchase raw materials and additional equipment. As a result, in the same 2018, the process of bankruptcy of the company began, which was announced by the court a year later. Angstrem-T shares were transferred to VEB.RF bank for one ruble. At the suit of Angstrem JSC, the deal was canceled through the court and in 2020, VEB.RF, through the NM-Tech company controlled by it, again redeems the assets of Angstrem-T for 8.4 billion rubles. They promised to restart production by the end of 2021, and even with the participation of specialists from Taiwan.

New US sanctions announced late last night prohibit any activity of companies from the US and its allies with Angstrem-T and NM-Tech. This means that they will not be able to purchase raw materials, consumables and, in general, carry out their activities. In other words, to produce chips. By and large, Angstrem-T never started working, so the new package of sanctions is unlikely to affect a significant circle of its contacts in Russia. However, the company’s prospects will clearly become less, although it also seems unlikely to completely block the supply of equipment and consumables to the Angstrem-T plant. For the company’s 130-nm lines, everything you need can be purchased in China, bypassing the sanctions, which is also fraught with problems, but they can be solved.