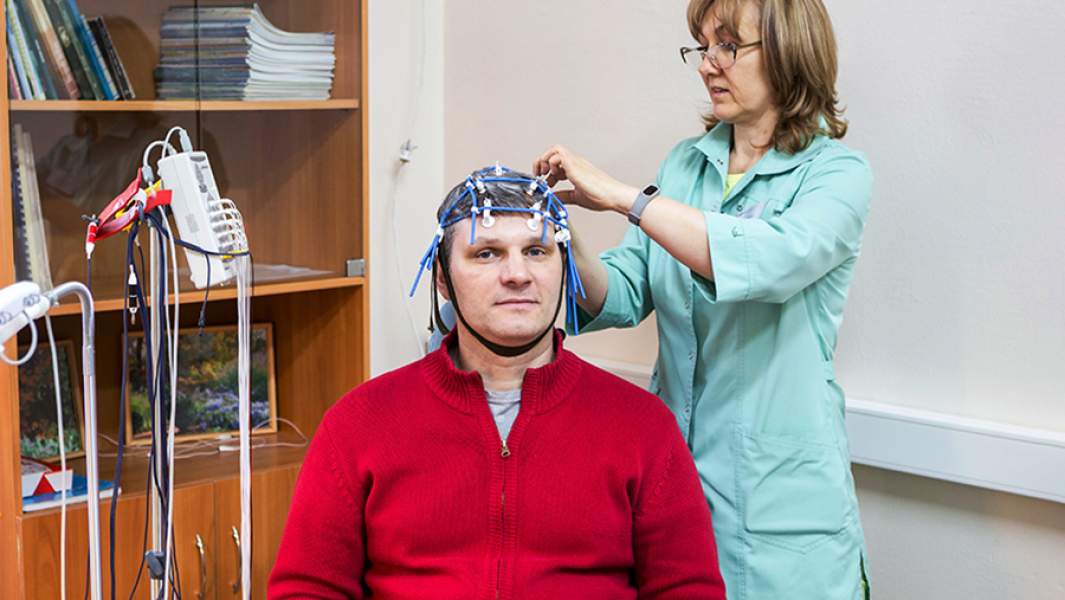 Scientists of the Institute of Control Problems. V.A. Trapeznikov (IPU RAS) and Voronezh State University (VSU) are creating neurohelmets that will allow you to control drones with the power of thought, more precisely with the help of electrical brain signals. The technology also allows you to remotely monitor the condition of a person in a helmet – his well-being and mood. According to the developers, in the future such devices may be required by the military, builders, geologists, as well as for the rehabilitation of people with disabilities.

“We are talking about the use of bioactive human impulses, because a person in itself is an electronic biomachine. In the process of its life, electrical activity changes. We can fix this electrical state“, – Daniyar Wolf, a senior researcher at the IPU RAS, told Izvestia.

The electrical impulses of the brain are recorded using a special neuro-headset mounted in an ordinary soldier’s helmet. A dry electrode is used to take an encephalogram. A person does not need any additional caps and gel, which is used, for example, in hospitals. This makes it possible to use the neurohelmet anywhere, even in the field.

“The dry electrode is mounted in a helmet or cap. There is a specially developed application for a mobile device that receives electrical signals, decodes them, interprets them into commands to control a drone or any other unmanned device. We can also see the different mental states of the helmet wearer.“, – said Daniyar Wolf.

According to the inventors, in this way it is possible to control not only a drone, but also a car, a boat, a light aircraft, an underwater and even a spacecraft. It is possible to command an object not only with the power of thought, but also with a glance, another developer told Izvestia – Yaroslav Turovsky, head of the laboratory of medical cybernetics at the Faculty of Computer Science of Voronezh State University. For example, in order for the drone to land, you need to blink three times. And in order for it to fly forward, the operator must mentally give such a command with great concentration. Using a mobile application, you can adjust the level of the signal transmitted from the operator to the object.

Of course, a person operating such a neurohelmet must be trained to work with it. The first samples can be used as mental state simulators for the gaming industry, for example for group simulators.

Neurointerfaces are a popular topic for research in the near future, says Anton Filatov, co-head of the school of key researchers in the field of artificial intelligence at St. Petersburg Electrotechnical University “LETI”.

“Science fiction writers dreamed about such technologies almost 100 years ago. The helmet in question offers an elegant way to read information from a person – his encephalogram. It is a rich source for signal. The main difficulty in designing such interfaces is the individuality of a person. Of course, there is still the question of adapting each specific helmet to a specific operator. But the concept is promising“, he is sure.

If the creators of neurohelmets can achieve their goals, then the technology can be used to develop other neurointerfaces, for example, to control a computer from a distance.

The development of non-invasive (without penetration into the body) human-machine interfaces can be considered not only fundamental research at the intersection of sciences, but also applied. They will find application in modern control systems, said Roman Meshcheryakov, head of the Laboratory of Cyber-Physical Systems at the Institute of Control Problems of the Russian Academy of Sciences.

“The Russian scientific school is at the forefront and has a significant backlog in the field of creating software and hardware systems of this class. Slowly we are moving into the world of the future, in which the physical and cyber worlds will closely interact“, – he said.

Now IPU RAS is working on prototypes of neurohelmets and is looking for industrial partners for their production.