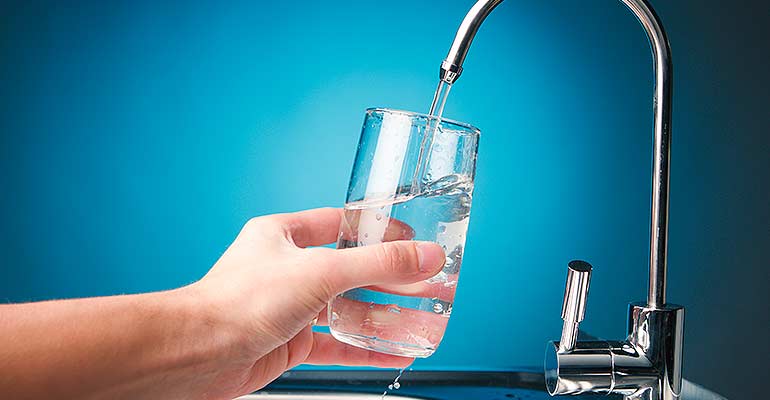 Russian researchers and their colleagues from the National Taiwan University of Science and Technology have developed a material based on gold nanoparticles and graphene quantum dots that can effectively and quickly purify water from microbes and toxins. This was reported in the Moscow Phystech (MIPT).

“Knowing the exact characteristics of the material allowed us to create a composite of quantum dots and gold nanoparticles and apply it in various filters used both to purify water from impurities and to determine proteins in the blood.”, — said the head of the laboratory of nanocarbon materials at the Moscow Institute of Physics and Technology (Dolgoprudny) Elena Obraztsova.

Quantum dots are semiconductor nanoparticles whose size and shape are chosen in such a way that they behave like an artificial atom. This man-made atom is able to interact with light waves, absorb them and transform them into other forms of vibration.

Researchers in Russia and their Taiwanese colleagues have adapted quantum dots made from graphene nanoparticles to create highly efficient water purification systems. As the scientists note, the material they created is capable of detecting even the most imperceptible traces of certain ions and biological molecules that are present in the liquid being purified.

The development of the researchers is a porous polymer composite material, over the thickness of which quantum dots and gold nanoparticles are very evenly distributed. Scientists managed to achieve this using the technology of plasma production of graphene and gold nanostructures created in China, which allows you to quickly and inexpensively obtain quantum dots and nanoparticles from cheap raw materials – chitosan polysaccharide and solutions of gold salts.

Scientists placed these nanostructures inside a porous polymer, which actively passes water through itself, but at the same time does not prevent quantum dots and gold particles from interacting with light and heavy metal ions and biological molecules present in water. Reactions between these substances and nanostructures lead to the destruction of toxins and microbes, and also make it possible to detect the presence of lead, mercury and other dangerous elements in water by how the quantum dot glow changes.

The work of several prototypes of water purification systems based on the new composite was tested by scientists on solutions of various dyes and salts of heavy metals. It turned out that the high-tech filter decomposed organic molecules very quickly and recorded even small traces of the presence of mercury salts in the water. On average, each kilogram of this material is able to purify about 2.8 tons of water daily.

The material created by the researchers and ready-made devices based on it, as the creators believe, will improve access to drinking water in those regions of the world where there are now problems with its quality.