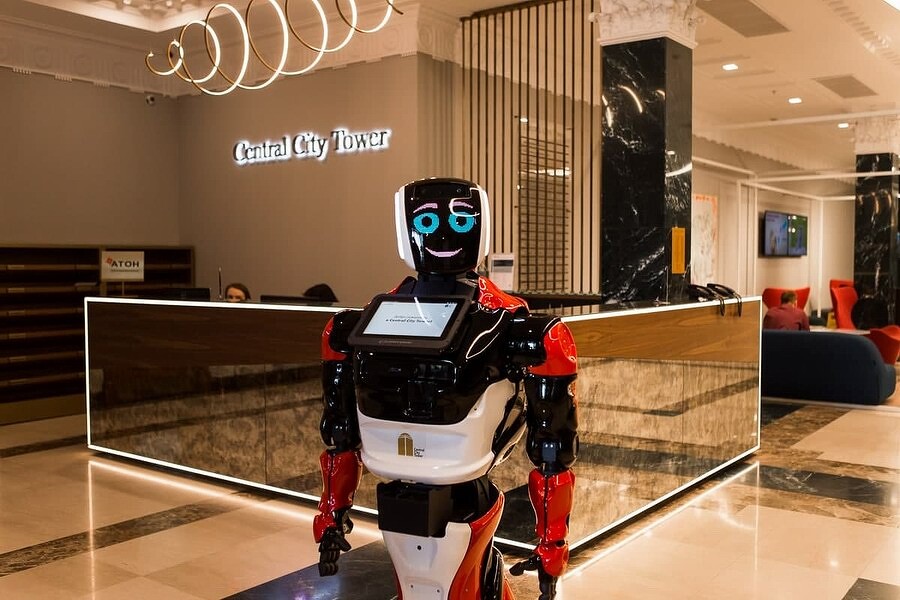 The Russian company Promobot, together with the Turkish telecommunications holding Turkcell, launched an original solution in Istanbul. There appeared a robot that sells SIM-cards. It is located in one of the urban centers of Turkcell.

The robot is equipped with a client identification system that allows you to identify the user and issue him a SIM card. Also, the electronic assistant will be able to explain where to download the application, how to register in it, and will also be able to keep up a conversation in English and Spanish on any topic.

“We are constantly developing new use cases for our robots together with our customers. In addition to the basic functions – maintaining a conversation, autonomous movement, consulting – our robots support integration with various systems and third-party applications. Thus, we can expand the functionality of robots, as is the case with Spanish colleagues“, – said Oleg Kivokurtsev, development director of Promobot.

This project is pilot and so far includes one robot. If it turns out to be successful, then up to 10 more similar cars will appear in different cities. One robot costs about 50 thousand euros.

Previously reported that “Promobot” has developed an AI that will allow you to communicate with the car and the refrigerator.