Russian cosmonauts will play football on the ISS. They already played tennis and badminton in space 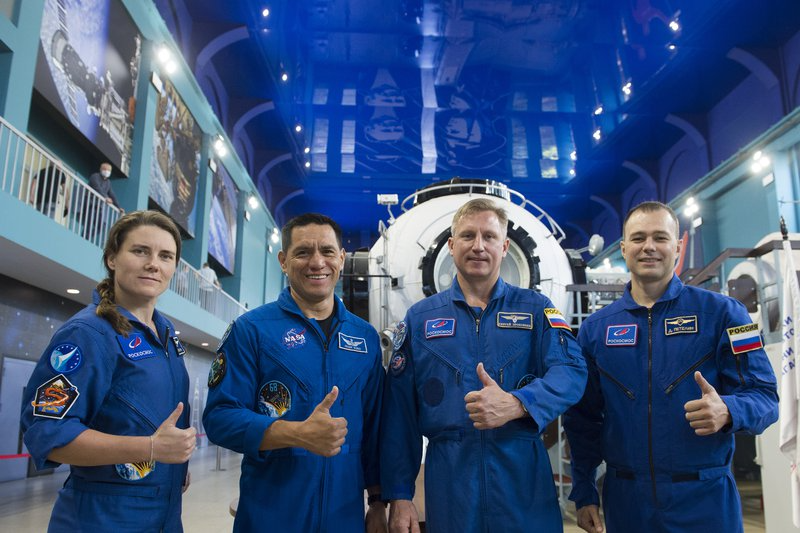 As part of the conference, Russian cosmonaut Sergei Prokopyev, commander of the ISS-68, told reporters about plans to play football aboard the International Space Station. According to the cosmonaut, he and Dmitry Petelin plan to play football together with NASA astronaut Francisco Rubio. Prokopiev noted:

It just so happened that our crew, all three of us, play football. I think that we can repeat something similar on the ISS. I already played football in 2018 at the station with my colleagues Oleg Artemiev and Alexander Gerst. I think we’ll find some ball there. In general, we have already played tennis, badminton, favorite and traditional sports for the detachment of our cosmonauts in space. So in space, sports can be done with pleasure.

The launch of the Soyuz-2.1a rocket with the Soyuz MS-22 spacecraft is planned from the 31st site of the Baikonur Cosmodrome on September 21, 2022, at 16:54 Moscow time, the spacecraft docking to the Rassvet small research module of the Russian segment of the ISS — at 20:11 Moscow time.

The ship is named K.E. Tsiolkovsky” in honor of the 165th anniversary of the birth of the Russian scientist, inventor and founder of the theory of space exploration Konstantin Eduardovich Tsiolkovsky. On the head fairing of the rocket there is an emblem with a portrait of a scientist and the inscription “165 years since the birth of K.E. Tsiolkovsky.