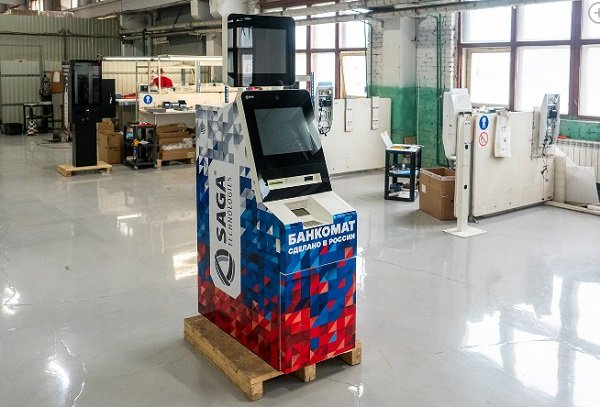 The Moscow SAGA corporation has patented the SAGA S-200 ATM ATM with money recycling function. This was reported on the official website of the mayor of Moscow. According to the creators, the new development will allow financial institutions to improve the speed and quality of customer service, reducing dependence on foreign suppliers. The ATM is made mainly from Russian parts and materials and operates under the control of domestic software. The company plans to produce more than 25,000 such ATMs a year.

A feature of the SAGA S-200 ATM is the money recycling function: banknotes accepted from one client can be immediately issued to another, without their processing in the bank. This will significantly reduce cash collection costs and optimize operating costs. The ATM can video record all transactions, read bar and QR codes, print checks and statements, and it is also equipped with a system for quickly accepting bundles of banknotes. The Russian manufacturer also performs service maintenance of its ATMs, while since March of this year, foreign devices have lost such support in the Russian market. The new development has already been tested by the Chamber of Commerce and Industry of the Russian Federation and will soon be included in the register of domestic goods.