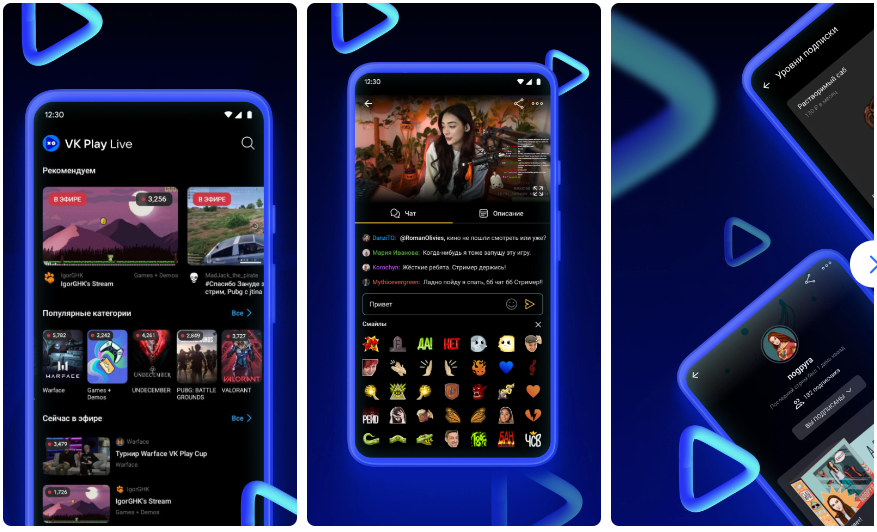 VK (former Mail.ru Group) announced the launch of a separate mobile application for the VK Play Live streaming service, which is positioned as a domestic analogue of Twitch.

The application of the same name is available to users in online stores Google Play and RuStore. It is planned that soon VK Play Live will appear in the App Store.

Thanks to the VK Play Live application on your smartphone, you can watch broadcasts of your favorite authors in high quality, support streamers, including paid subscriptions, and chat.

In addition, the VK Play Live platform itself received a number of general updates:

Recall that the VK Play Live streaming platform was launched in August this year on the VK Play site. It is currently in beta testing mode.