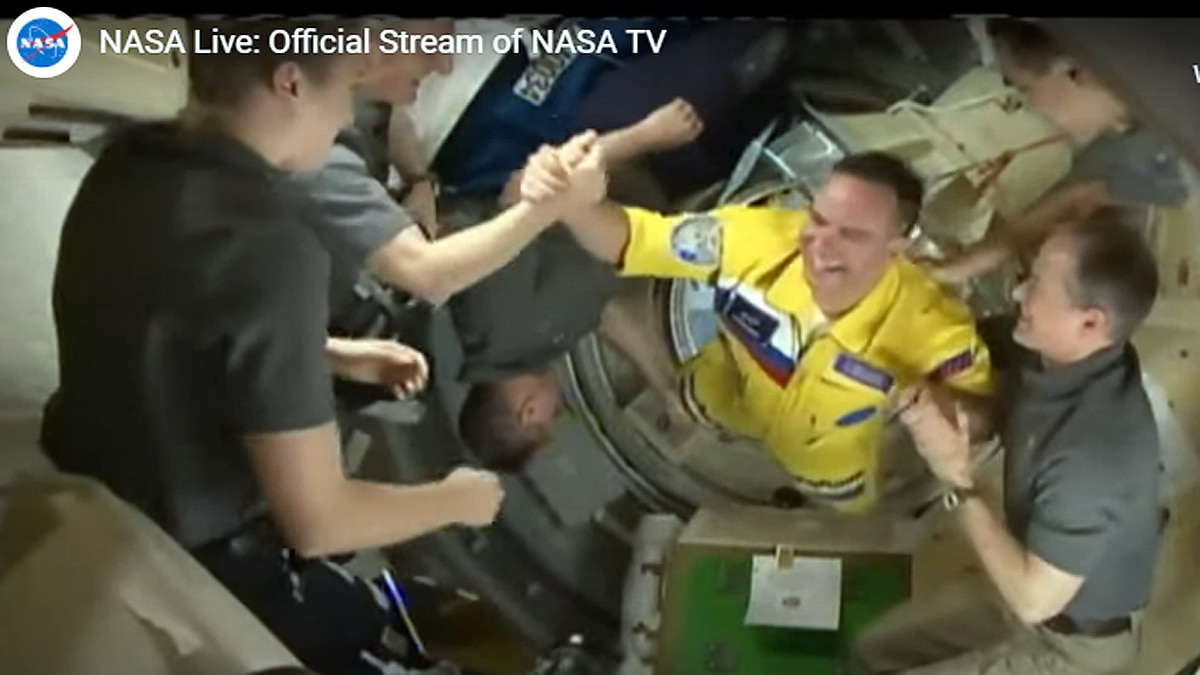 Astronauts Oleg Artemyev, Denis Matveyev and Sergey Korsakov of the Russian space agency Roscosmos left for space from Baikonur Lance Station in Kazakhstan on Friday. These people came from the Soyuz MS-21 rocket towards the space station.

The Russian cosmonaut’s capsule docked from the space station after traveling comfortably for three hours. Three astronauts from Russia were warmly welcomed by two Russians, four Americans and one German astronaut already on the space station. A video of Russian astronaut Oleg Artemyev was released. In which he was swimming in a blue suit before the capsule was docked.

Cosmonauts said – worn by their choice

So far it is not clear why the Russian government and space agency sent astronauts in yellow-blue space suits. When the astronauts were asked about their space uniform, everyone said that they have chosen this color of their choice. We had the freedom to choose the color of the space suit, so we chose it. Also we had got many yellow colored items. That’s why it was necessary to use them.

Russia showing sympathy or something…

Many institutions, countries, communities and peoples have used the flag of Ukraine or its yellow-blue color since the time of the Russia-Ukraine War. So that we can express our sympathy with Ukraine. But for the first time something like this is being seen on the space station. Because before this, the head of the Russian space agency Roscosmos, Dmitry Rogozin, has said intimidating things many times.

Three astronauts will return to Earth on March 30

On March 30, three astronauts on Earth will return to Earth from the space station via the Soyuz capsule sent by Russia. In which two Russian cosmonauts and one American astronaut Mark Vande are only. Mark recently broke the American record of spending 340 consecutive days in space.

Russia made intimidating statements about the space station

Dmitry had talked about letting the space station fall on India and China. He had spoken of stopping the rocket launching of the European Union. After this, the European Space Station also excluded Russia from the Mars mission of more than 8000 crores.