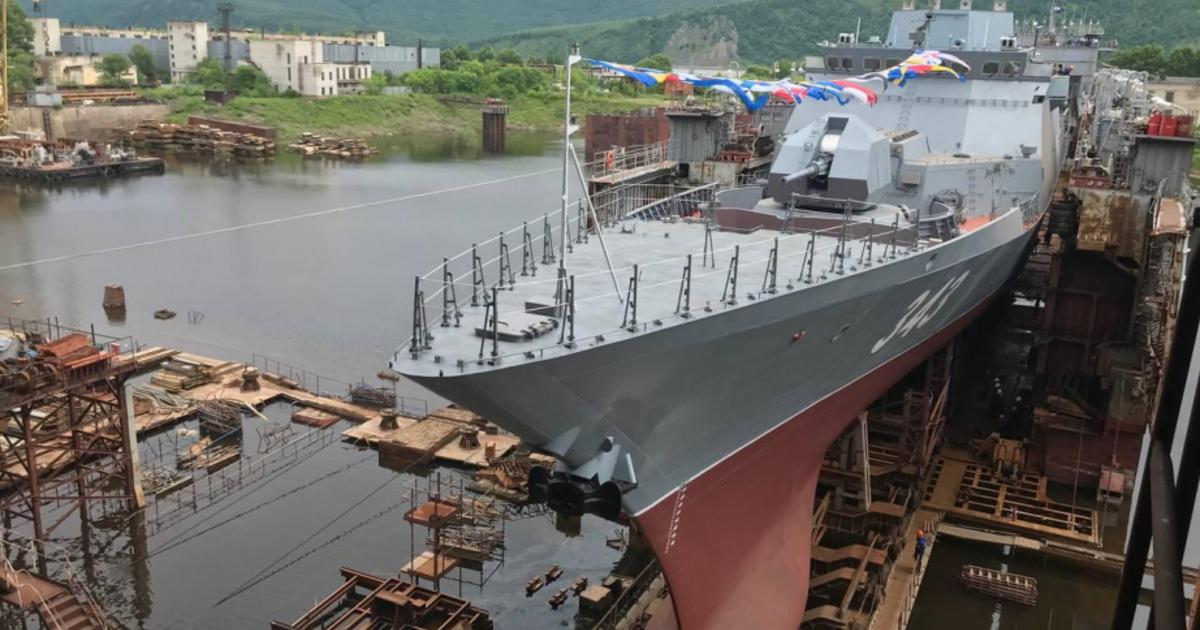 Russia will soon begin testing a new stealth ship of project 20380 “Sharp”. This corvette should go to sea in January.

“Sharp” – one of 6 corvettes, the fourth in a row, which will serve in the Pacific Fleet. Now three ships are in service: “Perfect”, “Loud” and “Aldar Tsydenzhapov”. All ships of project 20380 are designed for operations in the near sea zone, fighting enemy ships and submarines, guarding convoys, patrolling blockade zones, as well as for artillery and fire support of amphibious assault forces.

Corvette “Sharp” was built using multilayer composite materials from which the ship’s superstructures are made. This reduces its visibility in the radar range. The ship will be fast due to the fact that the hull contours below the waterline are designed to reduce water resistance.

The corvette is armed with the Uranus anti-ship complex with X-35 missiles, a universal 100 mm A-190 artillery installation, the rate of fire of which is 80 rounds per minute. The long-range anti-aircraft complex “Redut” is installed on the corvette as an air defense system. Also “Sharp” is designed to land Ka-27 helicopters.

In addition, the ship is equipped with a sonar station with a towed antenna “Minotavr-M”, which makes it possible to effectively detect enemy submarines. Also, the corvette is armed with the “Packet-NK” complex, which can be used to destroy both torpedoes and enemy submarines.

As noted, the crew is already on board the “Rezkoy”, all systems for ensuring the work of sailors and the survivability of the corvette itself are being tested. Before going to sea, the ship must undergo compulsory mooring tests, which will check the operation of the main power plant and control systems.

When the ship goes to sea, factory sea trials will begin to check all performance characteristics. It is reported that close attention will be focused on testing navigation systems, testing the handling, maneuverability and stability of the corvette.