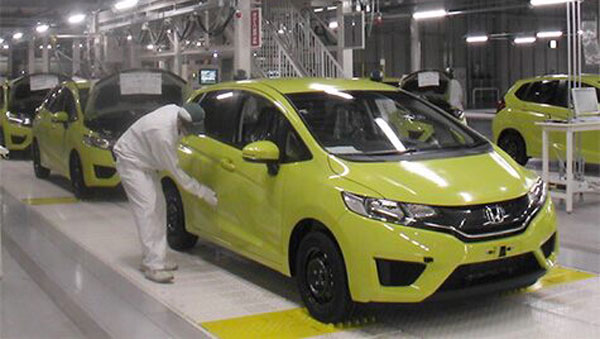 The ban imposed by Russia on the export of cars and auto components is expected to last till this year. According to the information, Russia has banned the export of more than 100 products, including vehicles, telecommunications, health, agriculture, wood and electric equipment, from the list of products it exports.

On Thursday, the high officials of the Russian government issued a statement from the Russian capital Moscow, announcing a ban on the export of the said products. This ban has been imposed on exports to countries that are supporting NATO in the Russo-Ukraine war.

Russia’s economic ministry said the sanctions were a response to countries that have deliberately imposed sanctions on Russia to harm the Russian economy. The Russian government has threatened to nationalize the assets of companies leaving the country.

In the midst of the war, many automakers in Russia have closed their factories under international pressure. Companies such as Honda, Toyota, Volkswagen, General Motors, Jaguar Land Rover, Mercedes-Benz, Ford and BMW have not only closed their factories, but they are also not exporting cars to Russia.

Stlantis Automobile Group, which makes cars of Jeep, Fiat, Puzo, also stopped production in Russia on Thursday. The company said that it is also stopping the export of cars to Russia. Apart from Stlantis, Japan’s Mitsubishi has also recently stopped production.

Hyundai Motor Corporation, which has been struggling with supply of equipment after the start of the war, has also closed all its plants in Russia. The company said that in this situation it is very difficult to keep the production regular. However, the company has said that it will start production as soon as the situation normalises.

At the same time, Renault Motors has continued its production in Russia amid the war. The company said it was facing shortage of semiconductors and other equipment. However, there is supply of equipment from the domestic market from which production has been continued.