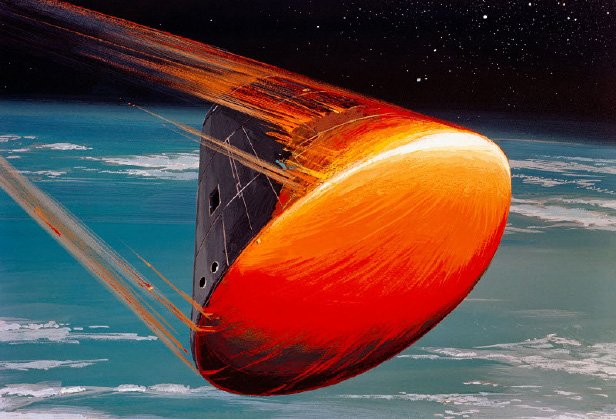 NUST MISIS scientists have created a new refractory composite for use in the aviation and aerospace industries. According to the scientists, they were able to simultaneously increase the melting point, thermal conductivity and oxidation resistance, as well as reduce the density of the material and energy consumption during production. The composite is based on hafnium carbonitride, it is resistant to both high temperature and oxidation.

According to him, the material can be used in the manufacture of critical components of space-rocket and other advanced technology. Structural segments made of the new composite will provide effective thermal protection at the points of complete flow stagnation, which experience the greatest thermal load, the creators explained.

Hafnium carbonitride, as the scientists reported, was synthesized by burning a mixture of hafnium with carbon in a nitrogen atmosphere, and spark plasma sintering was used to obtain bulk material. According to the scientists, this is a simple, fast and energy-efficient approach suitable for industrial production.

In rocket and space technology, when passing through the Earth’s atmosphere, some components must withstand intense loads at temperatures above 2000 °C. For these parts, heat-shielding coatings made of composite materials are used.

However, under such conditions, it is necessary that the materials can also withstand intense oxidation. Therefore, the most common carbon-carbon composites are not used at temperatures above 1600 °C, above which oxidation becomes uncontrollable – the active supply of oxygen and the formation of gaseous reaction products leads to complete burnout of the coating.

The study was carried out within the framework of the Russian Science Foundation grant No. 19-79-10280. At the next stage, scientists intend to work out the technology for manufacturing elements of various designs from a new composite, which are operated in high-speed gas flows.