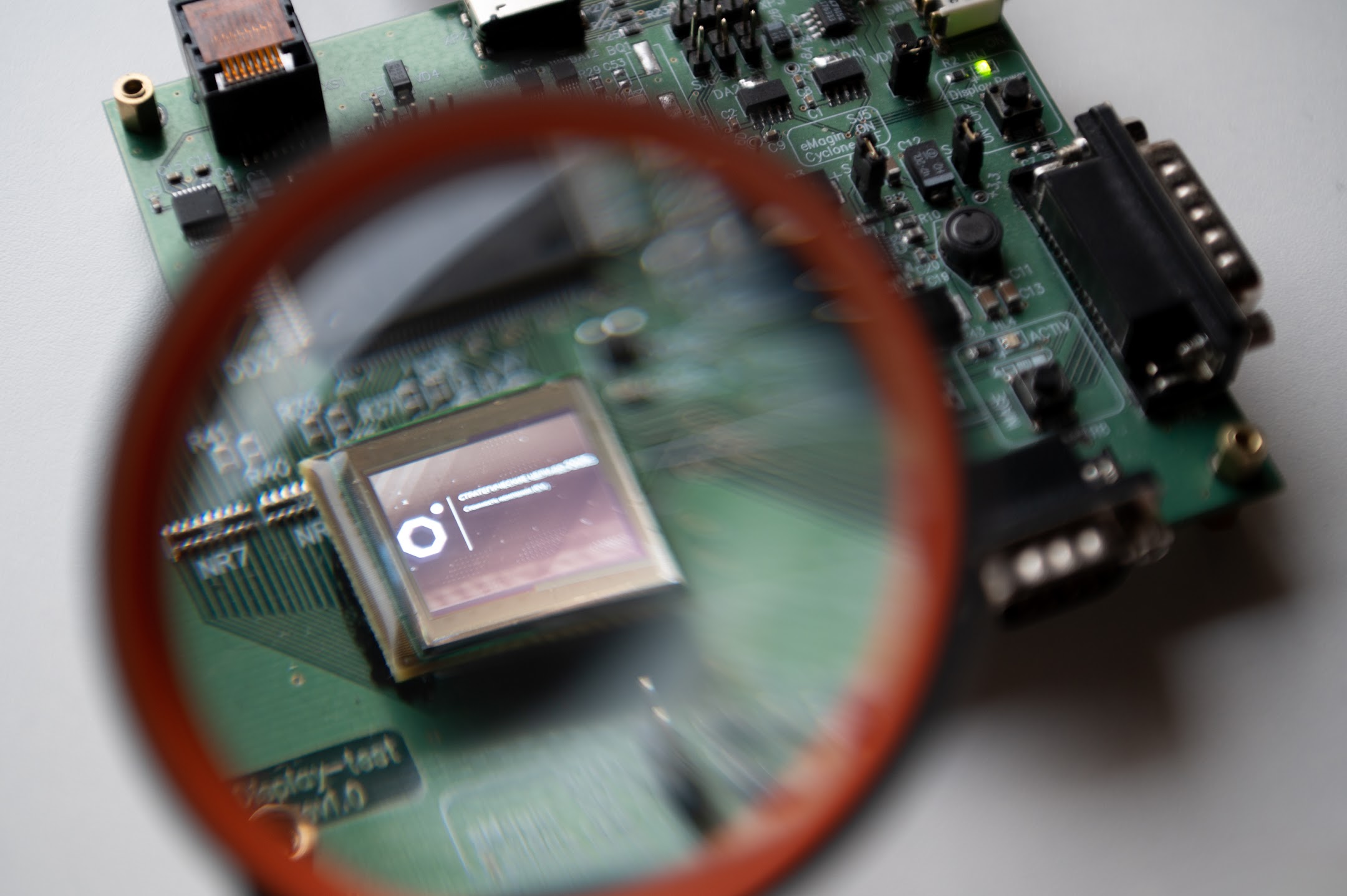 Roselectronics holding of Rostec State Corporation announced the development of the first completely Russian OLED microdisplay. This product is intended for use in virtual, augmented and mixed reality (VR/AR/MR) headsets, photo and video cameras, head-mounted or helmet-mounted video modules, as well as thermal imaging sights and thermal imagers.

Microdisplay dimensions – 15.5 x 12.5 mm, resolution – 1280 x 1024 pixels. These parameters correspond to a pixel pitch of 12 µm. According to the developers, the production of OLED microdisplays imposes increased requirements on the technological process, including high precision processing of the top stack of silicon ultra-large integrated circuits (VLSI) and deposition of a multilayer OLED structure with a thickness of no more than 100 nm.

“Russia has entered the top five countries in the world that own the technologies for creating OLED microdisplays. We managed not only to master the most complicated manufacturing technology, but also to achieve high quality of manufactured products, – this is how Sergei Sakhnenko, General Director of the United Instrument-Making Corporation, assessed the achievement. “Our enterprise is ready to produce up to 5,000 devices annually.”

Experimental design work and the development of serial production of microdisplays were carried out by the Central Research Institute “Cyclone” of the “Ruselectronics” holding. This is the only Russian enterprise that has the technology and equipment necessary for the production of OLED. Other enterprises of the State Corporation Rostec also participated in the development. So, the circuit design solutions were developed by NIIMA Progress, the production topology was developed by NIIME, and VLSI using 200 mm silicon wafers is manufactured by PJSC Mikron, a member of Element Group (a joint venture between the State Corporation Rostec and AFK Sistema). The technologies for creating silicon control microcircuits and manufacturing OLED microdisplays developed by Russian specialists are patented.