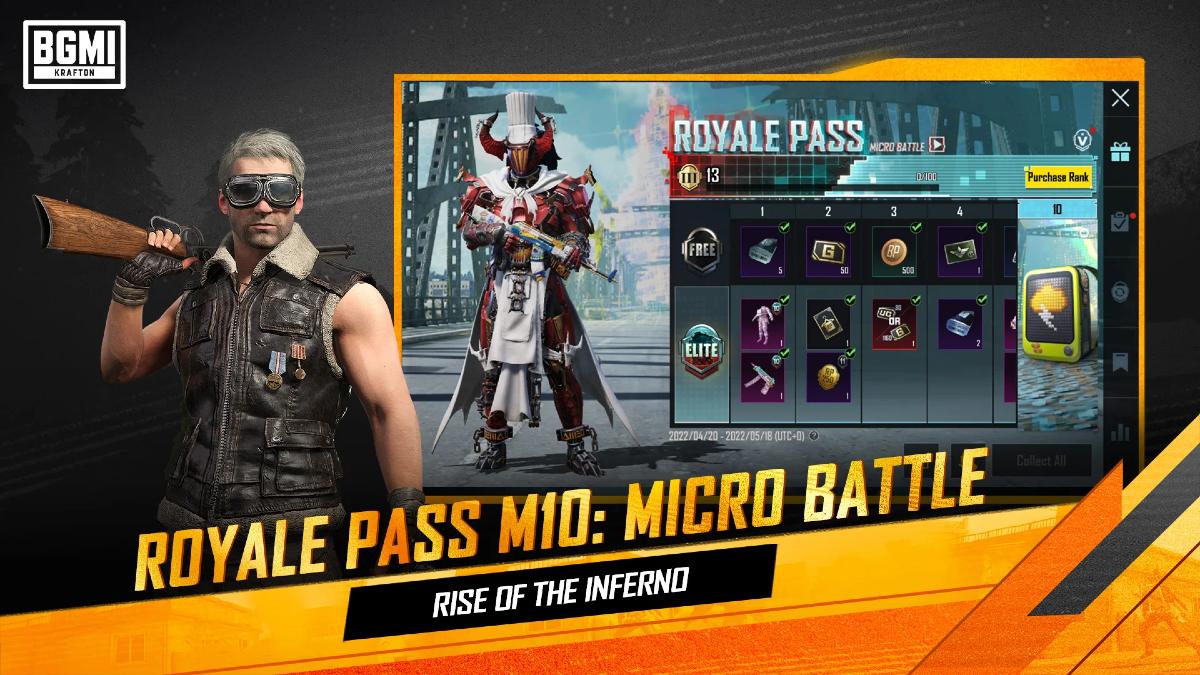 BGMI Players can buy the Elite Royale Pass for 360 UC. This is the in-game currency. By purchasing this pass, players will get exclusive rewards, perks and elite missions. At the same time, the Elite Plus Royale Pass, priced at 960 UC, offers all the content of the Elite Pass and gives players instant access to rank 12th.

‘Royal Pass Month 10’ comes with many skin sets. These also include the casual straw set, which is part of the free tier. Players who purchase Royale Pass can also earn Pink Shelter Set and Infernal Chef Set. The Infernal Chef Set is the final reward for this Royal Pass. In addition, several exclusive weapon skins can also be unlocked. These include Blue Tint M16A4, Graffiti Wall AKM and Pink Shelter Scorpion.

According to the information, players will get a different set of assignments every week, from which they can earn RP points to unlock these rewards. Players who have already purchased Month 8 and Month 9 Royal Passes will be rewarded with EZ License Card on purchase of Royal Pass Month 10. This card will allow players to unlock next week’s mission in front of the rest of the players. In addition, players receive ‘Month 10 RP Badges’, which can be used to play the arcade game mode in the Royale Pass section. As we told you, ‘Royal Pass Month 10’ is now live and will be available for the next four weeks.