Royal Enfield’s new bike is coming, this name was registered in India 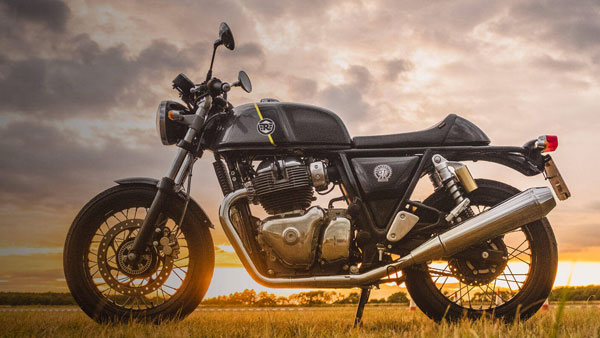 However, the company may also use this name for its upcoming 650cc bike. Royal Enfield is currently doing road testing of this model. As per our previous reports, Royal Enfield is working on introducing three 650cc motorcycles. While one will be called the Super Meteor, the other will be the SG650 Bobber concept and the third bike will be known as the Roadster. It is more likely that the company may name the third bike as Constellation.

How will the new bike be?

Royal Enfield is currently testing a 650cc bike. This bike is based on the platform of the 650cc Interceptor and Continental GT. According to us, the Royal Enfield Constellation could be a retro-designed roadster bike with rounded headlamps, spoke wheels, twin exhausts and a tier drop fuel tank.

Coming to the engine, the same 650cc engine will be used in the Royal Enfield Constellation. This engine produces a maximum power output of 46 Bhp and a peak torque of 52 Nm and can be mated to a 6-speed gearbox with slip and assist clutch.

The standard braking setup on this upcoming bike in India will include disc brakes and dual-channel ABS (Anti-Lock Braking System). However, reports related to this are yet to come. The Chennai-based bike brand is yet to officially confirm the same.

Royal Enfield has shared the sales figures of the motorcycles in February 2022. According to the company, total sales of 59,160 motorcycles have been made in the last month, which is 15 percent less than the 69,659 units sold in the same month last year. According to the company, supply chain constraints due to shortage of semiconductor chips persisted during the month. Royal Enfield is working with its supplier ecosystem to solve this.

Royal Enfield is expanding its product line-up to newer geographies, making the overseas market a key segment for the company. After Royal Enfield launched the new Classic 350 in India in 2021, it has also been launched in Thailand, Philippines, Korea, Australia, New Zealand and the UK.