Royal Enfield’s first explosion this year will happen after 2 days, the company is bringing cheap motorcycles 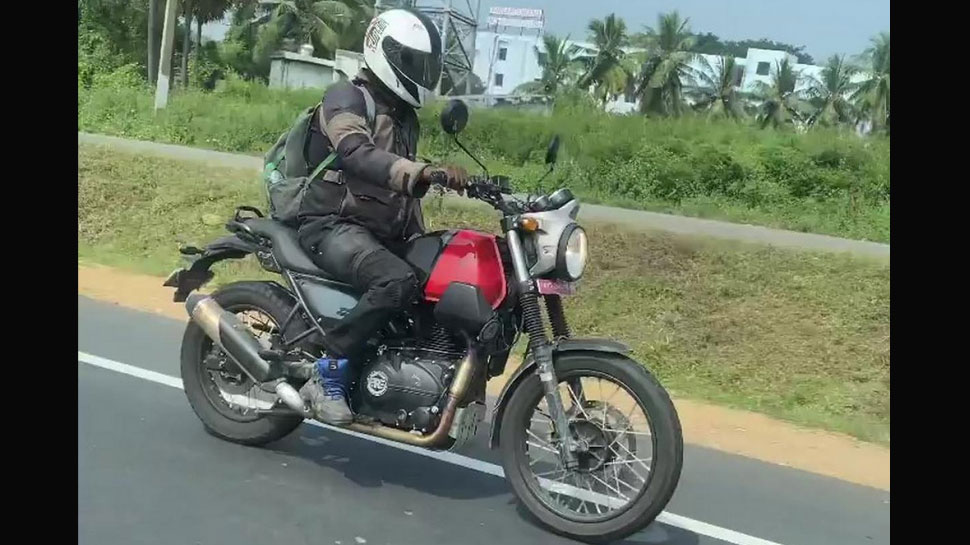 Royal Enfield is all set to launch its all-new and affordable motorcycle, the Scram 411, which is based on the Himalayan, on March 15. Apart from off-roading, the company has also prepared this new motorcycle for daily use.

New Delhi  : Royal Enfield has completed preparations for the launch in the year 2022 and the company has announced to launch Scram 411 first this year. Royal Enfield will launch a brand new adventure motorcycle in India on March 15 which will be an affordable and less powerful variant of the Himalayan. Indian customers have been waiting for this motorcycle for a long time and it is designed to be driven on the road as well as off-roading. This means that Royal Enfield has designed the Scram 411 to be driven on urban roads rather than just off-roading.

Recently, this new affordable adventure motorcycle has been spotted in two colors which is seen in a spectacular combination of red and black. Although the scrum 411 has been seen many times in the past, this is the first time it has appeared in dual tone. The bike has a 19-inch wheel at the front and a 17-inch wheel at the rear. The price of this bike will be kept very attractive, which will be able to fall in the range of most customers, it is estimated that its price will be around Rs 1.90 lakh.

The new Scrum 411 will be cheaper than the Royal Enfield Himalayan. The front part of the Himalayan gets a longer windscreen, bifurcated seat, luggage rack, larger front wheel and many other parts of the adventure bike. In contrast, the Scrum 411 has been given smaller wheels, single piece seat, shorter suspension travel and a grab rail at the rear. The new motorcycle is expected to get the LS410, single-cylinder, air-cooled, 4-stroke, SOHC engine that churns out 411 cc and makes 24.3 bhp.