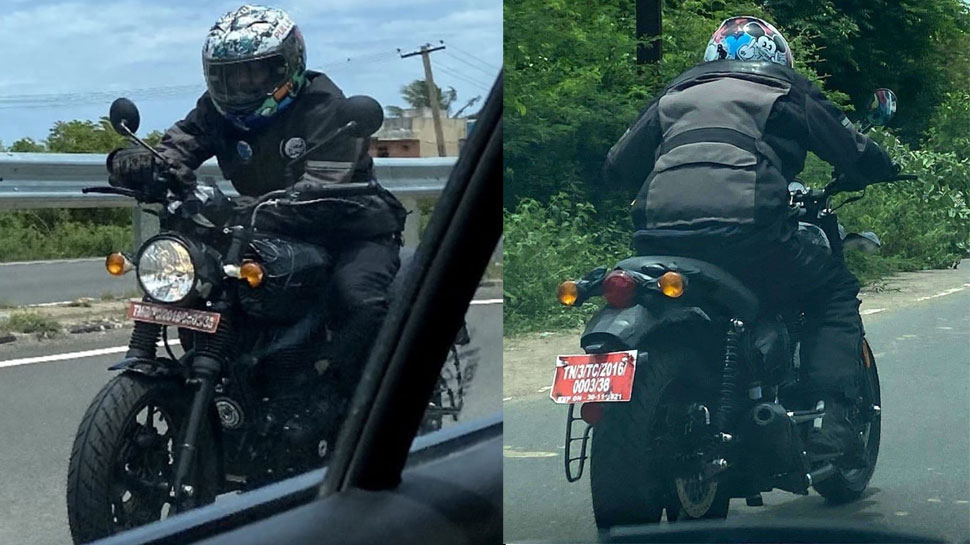 Royal Enfield is almost ready to launch its all new and affordable motorcycle Hunter 350. It is estimated that this will be the cheapest motorcycle of the company, whose new spy photos have surfaced recently. This bike is also looking strong in appearance.

New Delhi : Royal Enfield is going to bring 4-5 new bikes to maintain its hold in 2022, one of which is the Hunter 350 which is being built on the platform of the Meteor 350. Recently, a test model of this motorcycle has been seen closely which seems to be near production. The new photos of the motorcycle show a small round taillight installed at the rear of the bike. The indicators seen with it are LEDs. Dual channel ABS can be given with the new bike, apart from this pillion backrest has been given to the bike for the convenience of the previous passenger.

Platform based on Meteor 350

The new motorcycle is being built on the same platform as the Meteor 350 and its engine will also be taken from the same motorcycle. The Royal Enfield Hunter 350 is likely to be built on the J-platform with a 349 cc engine that makes 22 Bhp of power and 27 Nm of peak torque. The company can offer a 5-speed gearbox with this engine. It can be seen in the test video that the new motorcycle is reaching 0-100 km/h very smoothly. No official information has been received about this yet, but it is believed that the weight of the new motorcycle will be much less than that of the Meteor 350.

Hunter 350 most affordable motorcycle in this segment?

The Hunter 350 will also come with a semi-digital console and tripper navigation system as we have seen earlier on the 2021 models Royal Enfield Classic 350 and Himalayan. Speculations are rife that the Hunter 350 will turn out to be the most affordable motorcycle in this segment, so the bike may not be equipped with better looking LED DRLs and blinkers. By launching in India, the new bike will compete with Honda CB350RS, Jawa Standard 300, Jawa Forty Two and Benelli Imperiale. It is estimated that the starting ex-showroom price of this bike in the country will be around Rs 1.70 lakh.