Royal Enfield’s cheapest bike coming to make a splash, will be priced at just this, launching on August 7 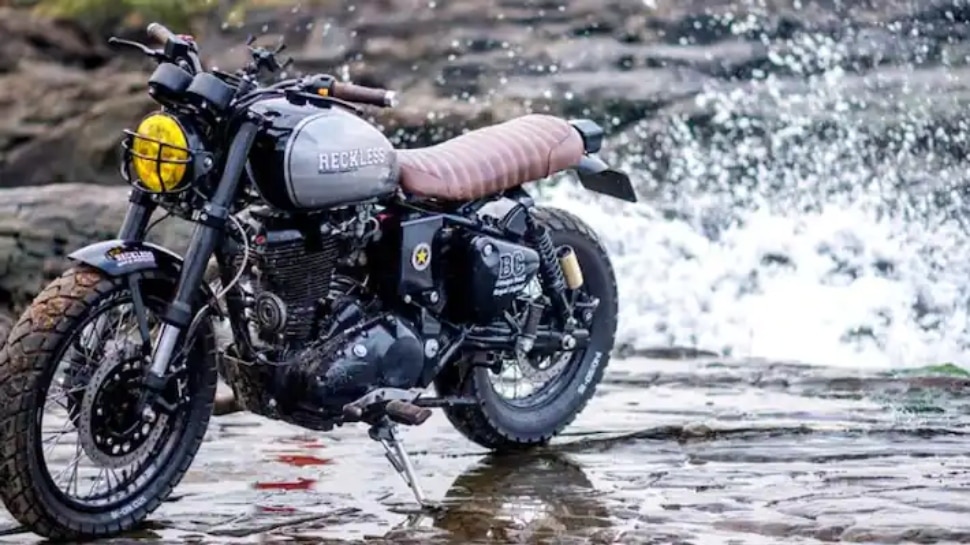 Royal Enfield Cheapest Bike: Royal Enfield is bringing the new Hunter 350 bike on 7th August. It is being said that this can be the cheapest bike of the company. Here we are telling you the details from the price of the bike to the features.

Royal Enfield Hunter 350: Royal Enfield is going to bring another new bike Hunter 350. Its launch is to be done on 7 August. It is being said that this can be the cheapest bike of the company. The company has also released teaser videos related to the bike. After launch, this bike can compete directly with bikes like Yamaha FZ25, Suzuki Gixxer and Pulsar 250. Let’s know all its details

Engine
In this, the same 349.34cc single-cylinder engine of Meteor 350 will be used. This engine will be capable of generating 19.9bhp power and 27Nm torque. The engine will be mated to a five-speed gearbox. It is also being said that the feature of tripper navigation can be given in the top variant of the bike.

The bike will get telescopic front forks and preload-adjustable rear springs. For braking, single disc brakes will be given on both the wheels. Since this bike will be brought at an affordable price, the company can offer single channel ABS in it. Apart from this, halogen headlights and LED taillights can be given.

What will be the price
Several reports have claimed that the Hunter 350 could be the most affordable model from the company. Its price can be Rs 1.30 lakh. The bike has also started arriving at the dealership. In such a situation, it is expected that its booking and delivery can start only after the launch.