Royal Enfield will be forgotten after seeing this bike, launched at Rs 3.89 lakh, is equipped with great features 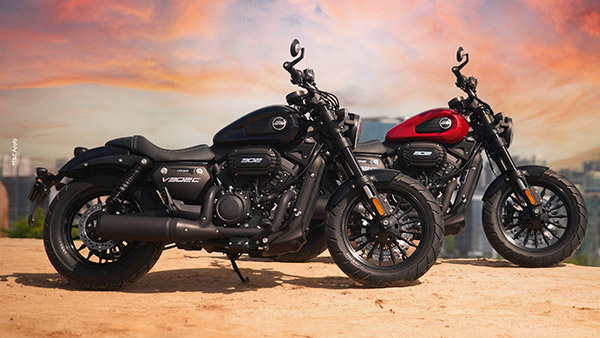 The Kyway V320c is the brand’s smaller V-twin motorcycle that is more powerful than the recently launched Kyway K-Lite 250V. Both these cruiser motorcycles get a V-twin setup. The Kiway V320c is powered by a 298 cc twin-cylinder, liquid-cooled, 8-valve engine that generates 29.5 bhp power at 8500 rpm and 26.5 Nm of peak torque at 6500 rpm.

This bike has been given a 6-speed gearbox with slipper clutch. The Kiway V320c has joined the list of cheapest V-twin cylinder bikes in India due to its price and features.

Let us tell you that before this, Kyway has launched K-Lite 250V cruiser bike, Vieste 300 maxi scooter and Sixties 300i classic scooter in India. Talking about the Keyway K-Lite cruiser motorcycle, it has a large sculpted fuel tank. The instrument cluster is given on the fuel tank itself. The bike gets round headlights, a contoured seat for the rider, dual exhaust pipes, swingarm-mounted mud guards and a number plate holder.

The K-Lite is a unique bike in the cruiser segment with a V-twin engine and a belt drive system. The bike is powered by a 250cc V-twin engine that generates a maximum power of 18.7 bhp along with a peak torque of 19 Nm. This bike is equipped with a 5-speed gearbox. Talking about the suspension, upside down telescopic forks at the front and hydraulic shocks have been given at the rear.