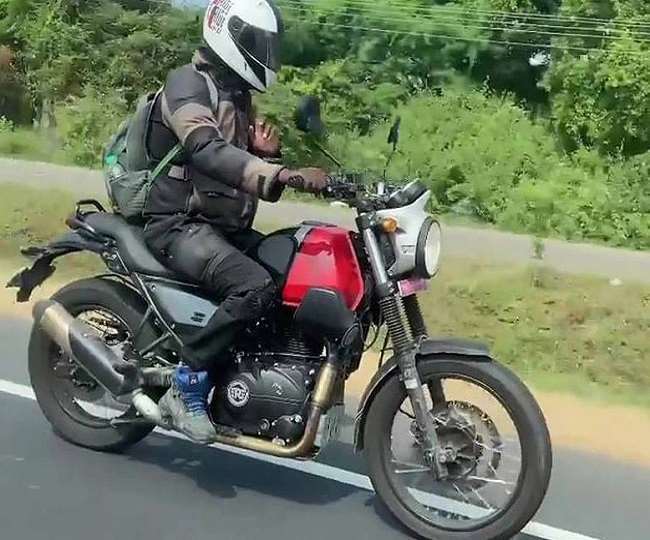 New Delhi: Royal Enfield is going to launch another motorcycle in its fleet. Royal Enfield road-boyed adventure bike Royal Enfield Scram 411 is all set to be launched on March 15. The company released a teaser regarding the launch of this upcoming bike through its social media handle. Let’s know the specialty of All New Scrum

Pictures of this upcoming bike of the company have already been leaked on the internet, and based on the information available, the exterior design can be guessed to a great extent. The most striking design feature of the Scrum 411 will be its Himalayan ADV-based exterior design which will also see some key differences. It is believed that it can also be called the most economical or road-biased version of the Himalayan.

Overall, Royal Enfield’s primary moto is offering an affordable variant of the Himalayan, as the Himalayan has seen a price hike in the past one year. The Himalayan is priced at Rs 2.14 lakh (ex-showroom), so expect the Scrum 411 to be placed under it and cost a few thousand less.

The RE Scram 411 will get a longer windscreen up front, split seats, standard luggage rack, smaller wheels instead of the larger front wheel, less suspension travel, single seat and rear pillar grab handles. Which will be effective in making it more highway cruising machine.