Royal Enfield Super Meteor 650 teaser released, know when it will be launched 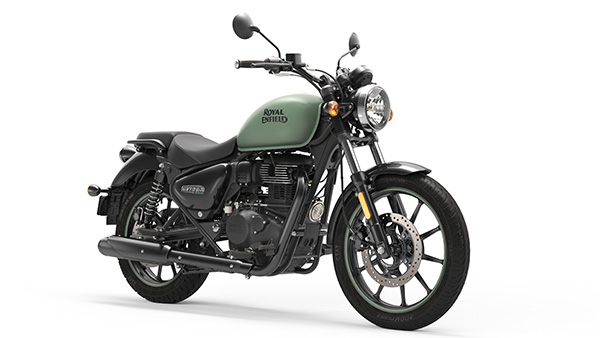 The bike is also likely to be launched in the Indian market soon after its global debut and may go on sale in the country by early 2023.

The new Super Meteor 650 will be based on the same 650cc platform that the company is currently using in models like the Interceptor INT 650 and the Continental GT 650. It is being said that there is little chance of much change or any major update being done in its engine and transmission.

The Super Meteor 650 is a cruiser motorcycle that sits above the Interceptor and the Continental 650. The engine will be powered by a 648 cc, in-line twin-cylinder, air-cooled engine that is capable of producing 47 Bhp of maximum power and 52 Nm of peak torque.

In which the gearbox is a 6-speed unit as well as slip and assist clutch is available. It is expected that Royal Enfield may revamp the engine as per the specifications of the cruiser. But in its current state the engine is known for its smoothness, torque power delivery and can maintain three times the speed without much effort.

However, the chassis on the motorcycle is most likely to be updated as per the new requirements. The Super Meteor 650 can get features like LED lights, semi-digital meter cluster, Bluetooth connectivity, disc brakes, slip and assist clutch, dual-channel ABS and tripper turn-by-turn navigation system.

Only the rear part of the motorcycle can be seen in the teaser. It gets an LED tail lamp unit similar to the Meteor 350. It has twin exhaust and split seats. The switch gear has also been taken from the new motorcycles based on the J-platform. Next is the instrument cluster, which is also found on the Meteor 350 and Scrum 411. Tripper navigation system is also visible in the teaser.