Royal Enfield Scram 411 Review: How to Drive the New Scrambler Bike? Will Indian customers like it? 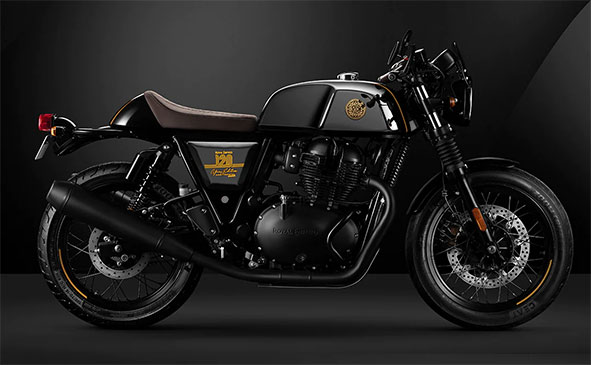 Scrambler This type of bike that has existed for almost 100 years. The history of scrambler bikes dates back to the 1920s when point-to-point cross country motorcycle races were held in the English countryside. Due to the non-availability of dirt bikes, normal road bikes were modified to make them off-road.

Over the past few decades the scrambler has become more powerful, more technology and more capable. This is such a bike segment that is growing rapidly in the Indian market. The Scram 411 is set to be Royal Enfield’s scrambler bike and it looks very interesting.

We drove this bike in BigRock Dirt Park. What makes the Scrambler different from the Himalayan? How easy is it to drive off-road? Does it look better than Himalayan? Let’s learn

As we mentioned, scrambler bikes have gone through many changes over the past few decades but one thing that has never changed in scrambler is the design of the scrambler.

Scrambler is made by any company for any cost, all have the same design. It gets a circular headlight, dirtbike-style mudguards, a single piece seat, a large fuel tank, a dual purpose tyre. It joins the design of the Scrambler and all this has been given in the Royal Enfield Scram 411.

At first glance, it may seem that it is Himalayan, it is based on the Himalayan itself, but some such design elements have been given that make it different from the Himalayan.

Talking about its side part, the fuel tank of the bike attracts your attention. This too has been borrowed from the Himalayan which makes it look lookalike but the tank extension has been given in it which makes it different.

The company makes this bike available in seven color options, with the tank extension will be kept in a different color and the graphics and decals will also be kept accordingly. When it comes to the design of this bike, it looks the most attractive.

The engine, chassis, exhaust, rear wheel and tail end of this bike look similar to the Himalayan. The Himalayan is an attractive bike and so does the Scrum.

Overall, the Royal Enfield Scrum is a bike that is extremely attractive and doesn’t seem to lack anything.

Earlier, scrambler bikes used to be very basic but over time many features have been added to them.

In such a situation, due to these features, the scrambler becomes expensive but this bike of Royal Enfield has to be brought at a reasonable price but it is not at all that only limited features will be given in it.

Analog-digital instrument cluster has been given in Royal Enfield Scrum 411. It is a twin pod and has a pod tripper navigation system. Connecting to the navigation system via Bluetooth is easy and it’s even easier to use. It shows turn by turn directions which makes it easy to navigate. Map could have been better but it also works.

The Tripper is available as an option under the Make It Yours program of Royal Enfield. A main cluster that handles the instrumentation houses an analog speedometer, along with a display to show the speed, as seen on Royal Enfield bikes. The same circular pod has an LCD screen that displays fuel level, trip meter and odometer, time.

We could have said that Royal Enfield has provided all the basic features in the Scrum 411 but the one basic feature which is not given in it is the tachometer. It is surprising not to be given this bike, as well as its need is felt.

The Scrum 411 lacks LED headlights and was to be offered at this price point. Its halogen headlight is normal and nothing special can be written about. Basic switchgear has been given in this bike and its quality is also great.

Scrambler bikes are fun bikes to ride both on-road and off-road. We drove this bike off-road at Bigrock Dirtpark.

Royal Enfield Scrum 411 is powered by a 411 cc, single cylinder engine which is sourced from the Himalayan. The company has not made any changes in this engine and it provides power of 24.3 bhp at 6500 rpm and 32 Newton meter of torque at 4500 rpm. It has been given a 5 speed slick shifting gearbox.

Power delivery is very smooth in scrum 411. It is a torquey engine and the initial acceleration is good and the bottom end is excellent. This bike gets a good mid range and this is where this bike looks good.

It doesn’t have a good top end and power drops when the rev is high. However, it can easily accelerate to 100 km / h throughout the day and can hold it at a speed of 100 – 105 km / h. After this speed, vibration is felt in the footpeg and handlebar.

It has 19 inch wheels in front and 21 inch wheels at the rear. The front section is slightly tilted and this gives the rider a feeling of connectedness while driving.

In the Scrum, the front rack is not given due to the smaller front wheels, which is found in the Himalayan. It is easy to take the bike both on-road and off-road. The handlebar is down because of the small wheels. The front wheel is down by 10 mm and the seat height is reduced by 5 mm.

All these things make this bike easy to drive. Its ground clearance has been kept at 200 mm, it also has a metal bash plate.

For braking, 300 mm disc and 240 mm disc have been given at the rear, it has been given dual channel ABS. Braking is also normal and doesn’t seem to matter.

We drove this bike off-road as well as on flat track. It is easy to drive on off-road and people can easily push its limits. It is even smoother on-road and offers better handling than the bigger Himalayan.

The Royal Enfield Scream 411 gives a direct competition to the Yezzi Scrambler in the Indian market. Yezdi looks very stylish and comes with a lot of features but Royal Enfield has more service points, is more reliable and proves to be a better machine.

As we already mentioned, this bike is going to be different from other scramblers. This is because a scrambler is usually a road bike that is later built for the off-road. But this scrambler is designed in reverse.