Royal Enfield Limited Edition: You will be surprised to see Royal Enfield’s new bike, only 25 units will be sold, amazing design 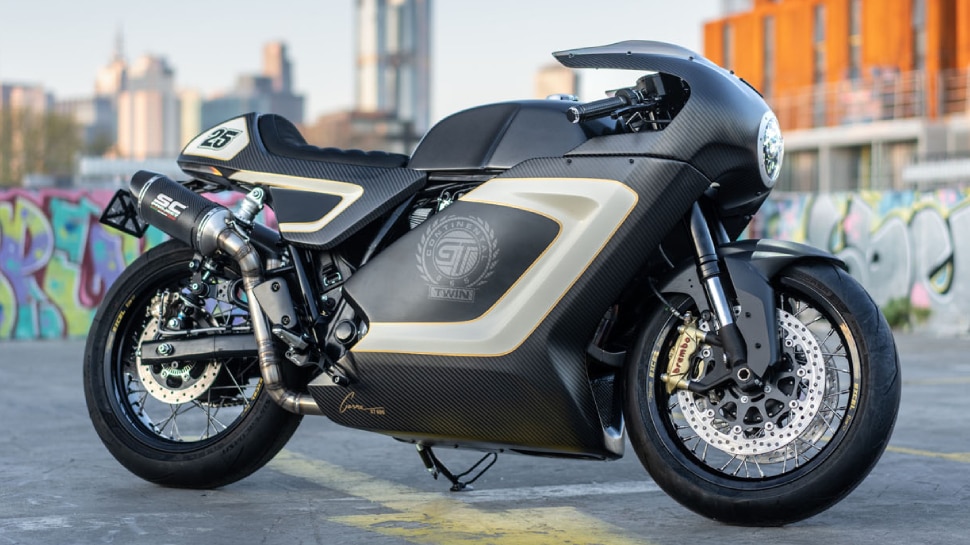 Royal Enfield Limited Edition: One such bike from Royal Enfield has also arrived, which will sell only 25 units. The design of this bike will surprise you, as it is completely different from any other bike of the company.

Royal Enfield Continental GT 650 modified: Royal Enfield bikes are very much liked in India. Its best selling bike is that of Classic 350. They have the ability to last for many years apart from retro design and strong performance. This is the reason why thousands of units are sold every month. Now such a bike of the company has also arrived, whose only 25 units will be sold. Actually, Australia’s automotive design studio Skunk Machine has introduced Royal Enfield’s Continental GT 865 in a new design. Along with giving a new design, it has also been given a new name Cerra GT 865 (Cerra GT 865). This will be a limited edition, due to which only 25 units of the motorcycle will be sold.

To create such a Kia
design, Royal Enfield has removed every single body panel from the Continental GT 650 motorcycle and replaced it with a custom-made carbon fiber body panel. Apart from this, it has been given full fairing design only through carbon fiber. It gets new circular LED headlamps, exposed carbon-fibre body panels, bar-end LED turn indicators and new taillamps. However, the fuel tank has been retained.

The biggest change has happened in the engine, as the 865cc engine has now been replaced by the twin-cylinder engine. With this change, the motorcycle has started giving more power and torque. Apart from this, the bike also gets a 40mm throttle body with dual slip-on exhaust and exposed air intake. The rear suspension remains the same, but the front suspension has been upgraded with USD forks. Apart from this, a dual-disc setup has been given at the front with Brembo calipers.