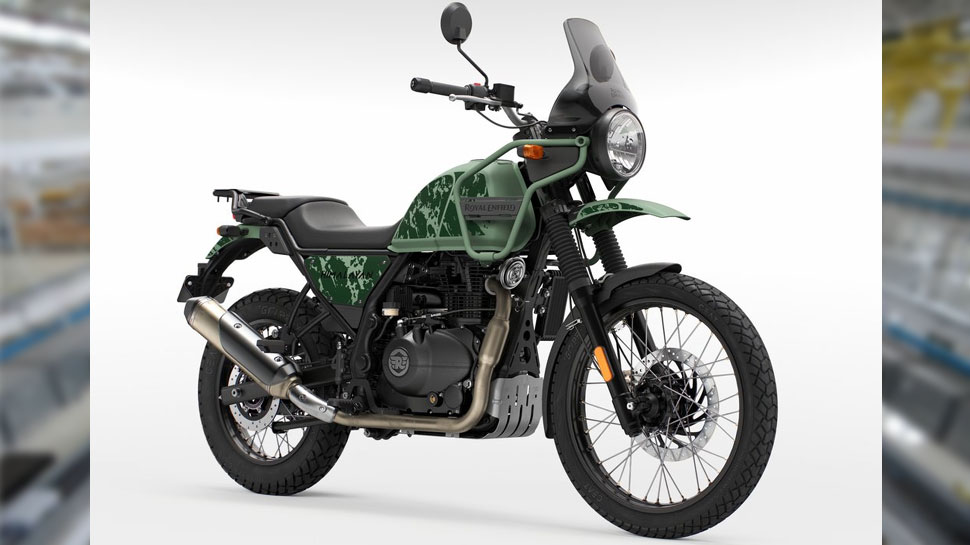 Royal Enfield is going to launch several new and updated bikes in India this year and the company’s all-new Himalayan 450 has been spotted in India for the first time during testing. Let us tell you that recently the Royal Enfield Scram 411 has been launched and is an affordable model of Himalayan.

New Delhi : The Royal Enfield Himalayan may not sell as much as the Classic 350, but it is well-liked among adventure enthusiasts. This is the reason why the company seems to be preparing to launch its 450 cc version Himalayan 450 in India to bring more customers in the circle. The company’s all-new Himalayan 450 has been spotted in India for the first time during testing. It has been revealed in media reports that the new Royal Enfield Himalayan 450 will come in a lighter and changed avatar as compared to the current Himalayan. In such a situation, this motorcycle is going to be a much better option for touring and off-roading than the KTM 390 Adventure.

Looking at the competition, new technology and new features

Royal Enfield Himalayan 450 can get a single-cylinder engine with stronger performance than the current model. This engine will not only be lighter, but will also come with liquid cooling instead of an air/oil cooler. The company’s motorcycle is sent to many countries along with India, in such a situation, the company can give new technology and new features in view of the competition. The design of the new bike will also be better and along with using the new chassis, Royal Enfield can give new USD forks.

The new Himalayan can also offer traction control and ride modes with the 450. At present, the ex-showroom price of Himalayan is Rs 2.14 lakh, so the price of Himalayan 450 can go up to Rs 2.70 lakh. However, this price will be very close to the already sold Interceptor in the market which is Rs 2.85 lakh. The mid-weight Himalayan 450 is expected to be introduced for the Indian market in 2023. Let us tell you that recently the Royal Enfield Scrum 411 has been launched and is an affordable model of Himalayan.