Royal Enfield is bringing Super Meteor 650, a bike with double silencer seen in the teaser 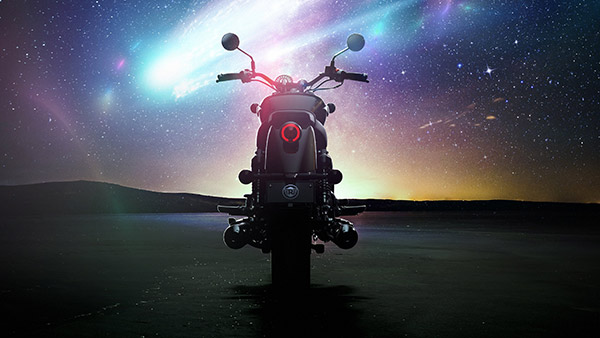 The semi-digital instrument cluster and small screen for turn-by-turn navigation can also be seen in the bike. Let us tell you that the Meteor is being built on the same 650 platform that is currently being used for the Continental GT 650 and Interceptor 650. According to sources, the engine and transmission are unlikely to undergo major changes or major updates.

The Super Meteor 650 will be placed above the Continental GT and Interceptor. The company is currently using a 648cc inline twin cylinder air-cooled engine in its 650cc bike lineup, which churns out a maximum power of 47 Bhp and a peak torque of 52 Nm. The power figure of the Super Meteor 650 could also be similar.

A 6-speed gearbox can be setup with a slipper clutch in the Super Meteor 650. The bike is expected to get the same set footrest semi-digital instrument cluster like the Meteor 350 at the front, navigation display, circular rear view mirrors, split grab rails and a comfortable cruiser seat.

The company can update the chassis of the bike according to the new requirement and design. Features such as LED lights, Bluetooth and smartphone connectivity, dual disc brakes, slip and assist clutch, dual-channel ABS and tripper turn-by-turn navigation system can be found in the Super Meteor 650.

Royal Enfield had revealed the Shotgun 650 Twin concept motorcycle at the 2021 EICMA show. Although the company has not yet given official information about its launch. The Shotgun 650 is a bobber-style bike with a single floating seat, shortened tubular handlebar, chopped front and rear fenders, bar-end mirrors and thick tyres.