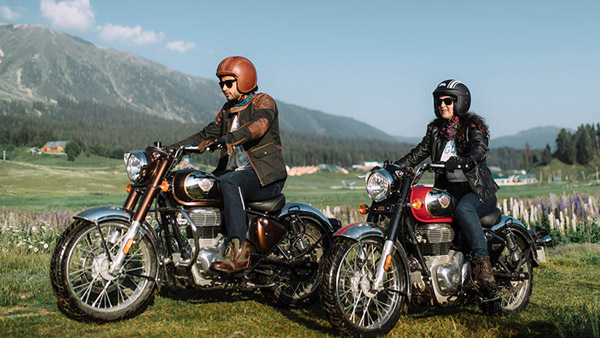 According to the teaser, Royal Enfield may have a special unveiling event on August 5. The Hunter 350 is expected to be Royal Enfield’s most affordable motorcycle and could be positioned below the Bullet 350 at the bottom of the company’s line-up.

It will be given a 349.34 cc engine which is going to provide power of 19.9 bhp, while 27 Newton meter of torque can also be found. This engine is used by the company in models like Classic and Meteor. Other mechanical parts can also be borrowed from the classic model so that the cost of manufacturing the bike can be kept low.

However, its design is going to be different from any model. It will get a tear-drop shaped fuel tank, circular instrument cluster, rear view mirror, single piece seat, small exhaust. Looking at the pictures revealed, it is known that this bike has been given an attractive but basic look, so its price will also be kept accordingly.

The Hunter 350 will be the entry-level motorcycle in Royal Enfield’s line-up after launch. The company tested this bike for a long time and now it is finally going to bring it. This will be Royal Enfield’s second bike in the Indian market this year, before which the company has launched the Scrum 411 in March 2022.

Royal Enfield is the largest manufacturer of 350cc bikes, but with Honda two-wheelers, Jawa and Yezdi making a comeback in the retro bike segment, Royal Enfield’s challenges have increased in this segment. Let us tell you that recently the homologation document of Royal Enfield Hunter 350 was revealed.