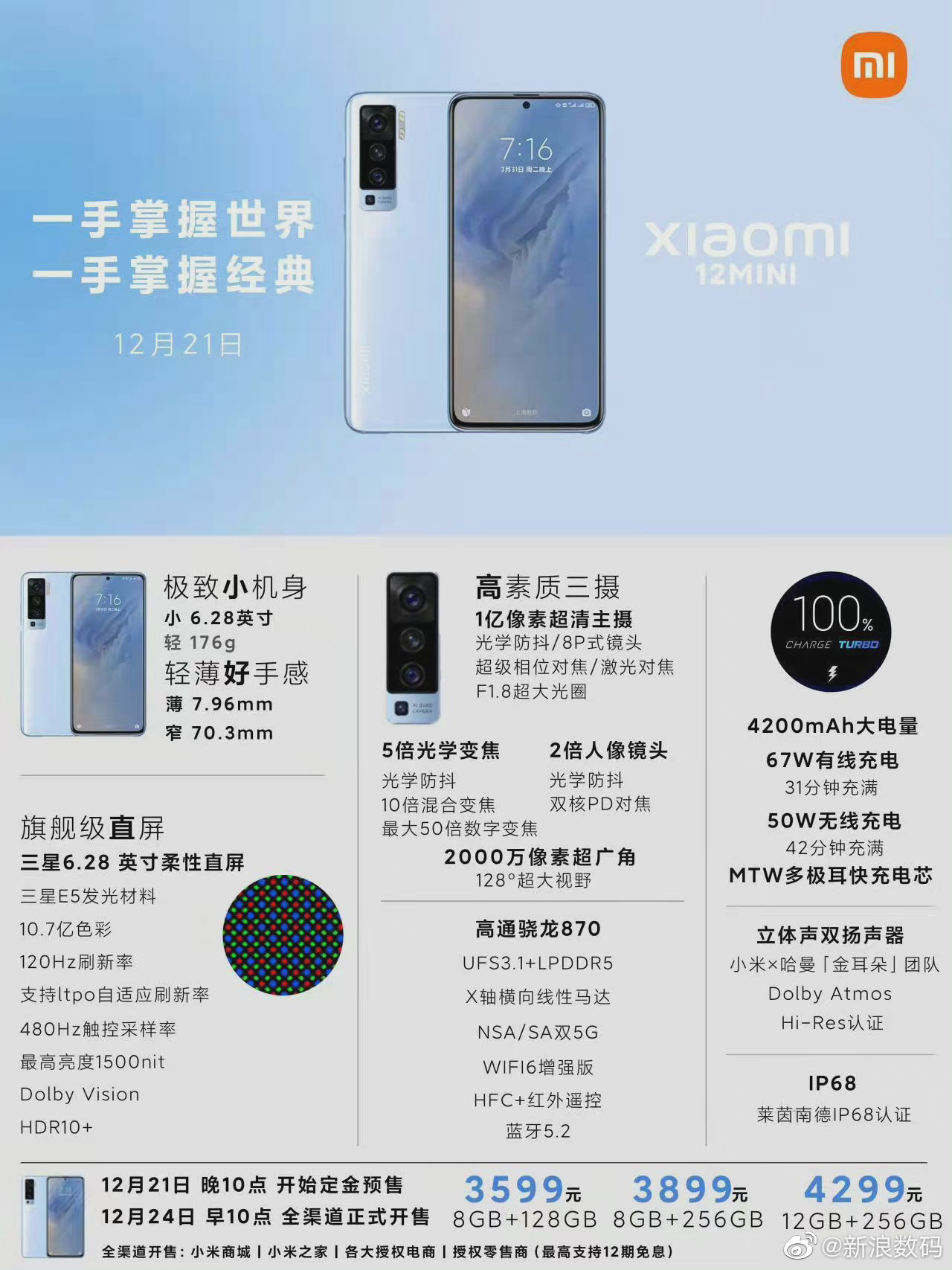 Several Chinese sources today published surprisingly detailed characteristics of the smartphone Xiaomi 12 mini, accompanying the specifications with renders and prices. But even at first glance, it was obvious that this was a fake: none of the authoritative insiders claims that Xiaomi will have such a model at all. In addition, this year only the release of Xiaomi 12 is expected, the rest of the lineup will be released next year. So what characteristics, renders, and even more so prices can we talk about?

In fact, the Xiaomi 12 mini was given the Vivo X50 5G. Moreover, the authors of the forgery did not even bother to somehow modify the appearance of the Vivo smartphone – it was copied almost exactly, except that the brand designation on the back panel was erased, and the front camera was moved from the left corner to the center.

There is no “mini” smartphone in the current Xiaomi Mi 11 line, and it is highly doubtful that it will appear in the Xiaomi 12 series. But Xiaomi 12 Lite will definitely be, at the moment it is credited with SoC Qualcomm Snapdragon 778G and 6.3-inch screen.