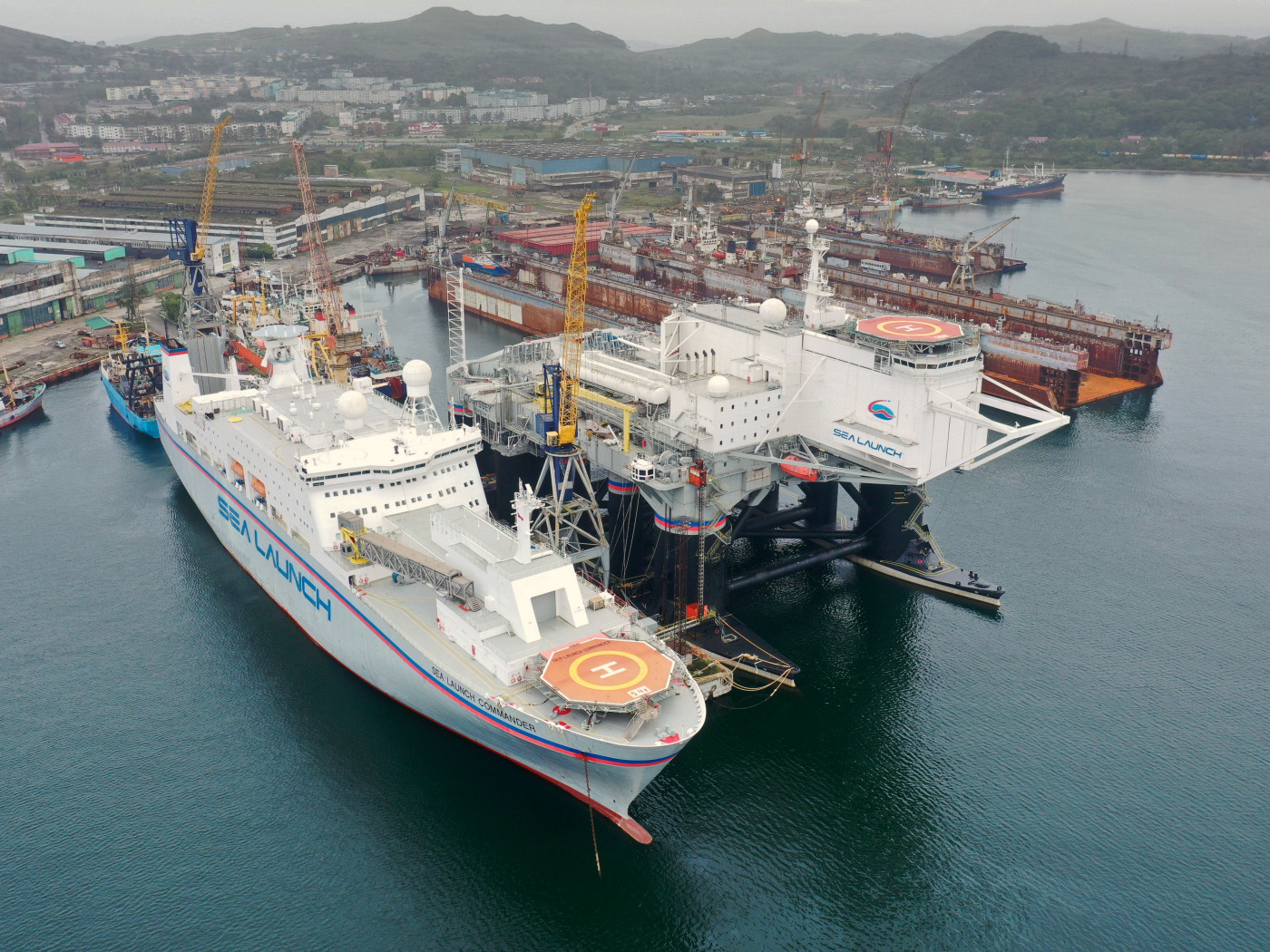 The TASS agency, citing Yevgeny Elin, CEO of S7 Space Transport Systems (a subsidiary of S7 Airlines), said that negotiations on the transfer of the Sea Launch floating space center to the state are already underway. According to him, Roskosmos and S7 are discussing such a possibility. Yelin noted that the technical condition of the cosmodrome is “absolutely normal”, it is being serviced according to the established plan.

The fact that Roskosmos offered S7 to give Sea Launch to the state, became known back in June of this year. To prepare Sea Launch for the launch of the Soyuz 5 rocket, tens of billions of rubles are required, which a private company does not have, but a state corporation could possibly bear these expenses. Dmitry Rogozin, then head of Roskosmos, expressed the hope that S7 representatives would come to talks about a floating spaceport.

The Sea Launch Cosmodrome consists of the Odyssey floating launch platform and the command ship. It worked from 1995 to 2014: 32 launches of Zenit missiles were carried out from a platform based off the coast of the United States. In 2014, launch activities were suspended, and in September 2016, the S7 group of companies became the owner of the rocket and space complex. In the spring of 2020, the command ship and platform crossed from the coast of the United States and moored at the berth of the Slavyansk Shipyard in Primorye.