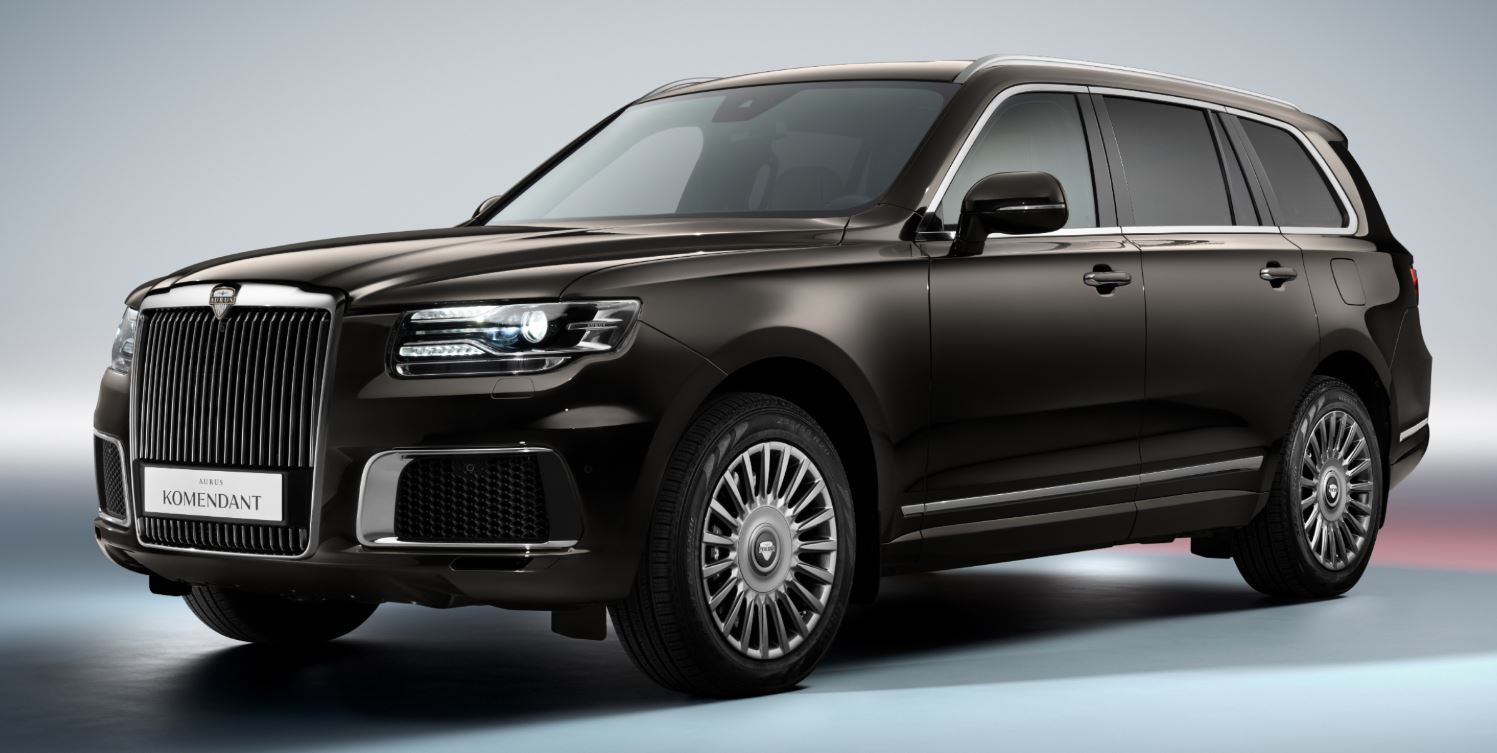 Last night, the official premiere of the Russian SUV Aurus Komendant took place. This year, the Russian car market is not spoiled by premieres, so the announcement of a new domestic car, which, moreover, is in the same niche as the luxury Rolls-Royce Cullinan, is a significant event.

The presentation of the Aurus Komendant SUV took place at the Special Purpose Garage Museum at VDNKh in Moscow. The car was created on the basis of a single modular platform (it is also the basis of the Senat sedan), its production will be carried out at the Aurus plant in the Alabuga special economic zone.

The car is equipped with all-wheel drive and a hybrid power plant with a capacity of 598 liters. With. (it includes a 4.4-liter V8 engine with two turbines), which is paired with a nine-speed automatic transmission. The Aurus Komendant has been weather tested at temperatures ranging from minus 40 degrees Celsius in the subarctic climate near the Arctic Circle to plus 50 degrees Celsius on the roads of Abu Dhabi. The Komendant differs from the Senate by the presence of an air suspension (the Senat has a spring suspension) and paddle shifters for manual gear shifting.

The Komendant cabin is equipped with atmospheric lighting, a premium multimedia system with two separate screens for rear passengers, as well as comfortable seats with built-in massage, ventilation and memory functions. There’s also an Automated Driver Assistance System (ADAS), but it’s not an autopilot like Tesla’s.

“Today we present you a new vehicle in the fastest growing segment of the SUV market. — Aurus Komendant. Soon the owners of this car will be able to test it on the road, and today a full-fledged production process is underway at the production site to prepare for production. The welding line has been commissioned, the first bodies have already been welded and painted, and they are currently undergoing all the necessary tests.“, – said Nikolay Khodosevich, CEO of Aurus, during the presentation.

The key elements of Aurus Komendant, including the body, engine and gearbox, are produced in Russia, the overall level of localization of production is now about 70%.

“We are sure that the new model will be an additional catalyst for the sales of the brand, which have developed dynamically since their launch in 2021. The expansion of the geography of representation of Aurus in the territory of the Russian Federation continues. In addition to our partners in Moscow – “Panavto” and “Avilon”, in the near future the Aurus “Autodom” gallery will be opened in St. Petersburg“, – said Khodosevich.

Komendant will be sold in nine body colors, including three new ones (for example, orange), as well as seven interior color options with the possibility of personalizing them for a specific customer. In addition, the SUV will receive an armored version, which, as Aurus expects, will be of interest not only to government agencies, but also to commercial customers.

Receiving orders for Aurus Komendant is open at dealers from September 29, a full start of commercial sales is scheduled for the first quarter of 2023. car cost — from 33.7 million rubles. By the way, on the manufacturer’s website you can download branded wallpapers with “Commandant” on a tablet or smartphone.