“Rohit Shetty! The new Scorpio-N will explode only with an atomic bomb”, why did Anand Mahindra say such a thing? 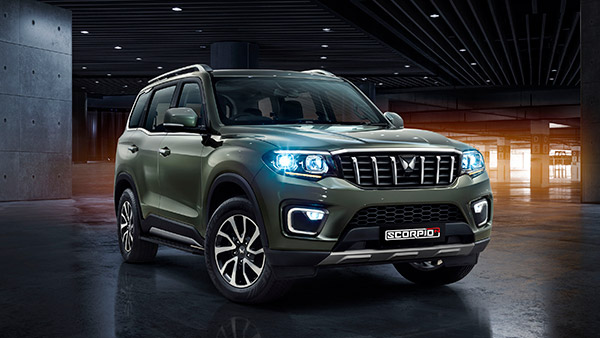 He tweeted, “Rohit Shetty ji, you need a nuclear bomb to make your car fly.” Though Anand Mahindra hasn’t been very clear about the crash test ratings that the new Mahindra Scorpio-N has got, he has cleverly given a hint on the build quality of the car.

Let us tell you that recently a teaser of the new Mahindra Scorpio-N was revealed, in which the carmaker wrote that “the new Mahindra SUV makes crash dummy feel safe too.” Going by all these statements, it is expected that the Scorpio-N can get a 5-star crash test rating.

It is expected that Mahindra Scorpio-N will be launched in the market with many safety features. The list of these features can include multi airbags, 360-cameras, traction control, electronic stability program, reverse parking sensors and many more.

Mahindra has been a leading manufacturer of SUV cars in the Indian market. The company is promoting the new Scorpio-N as the ‘Bigdaddy’ of SUV cars. Mahindra’s new Scorpio-N can be offered in a 2.2-litre diesel engine. This engine will generate 130 Bhp of power and will come mated to a manual transmission.

Along with this, it has been informed in some reports that the option of 2.0-litre m-stallion turbo-petrol engine can also be given in the new Mahindra Scorpio-N. This engine provides 150 bhp power and 320 newton meter maximum torque. Mahindra’s new Scorpio-N is being built on the ladder frame chassis.