Robot gave speech in UK Parliament for the first time, but sleep came in between, know the whole matter 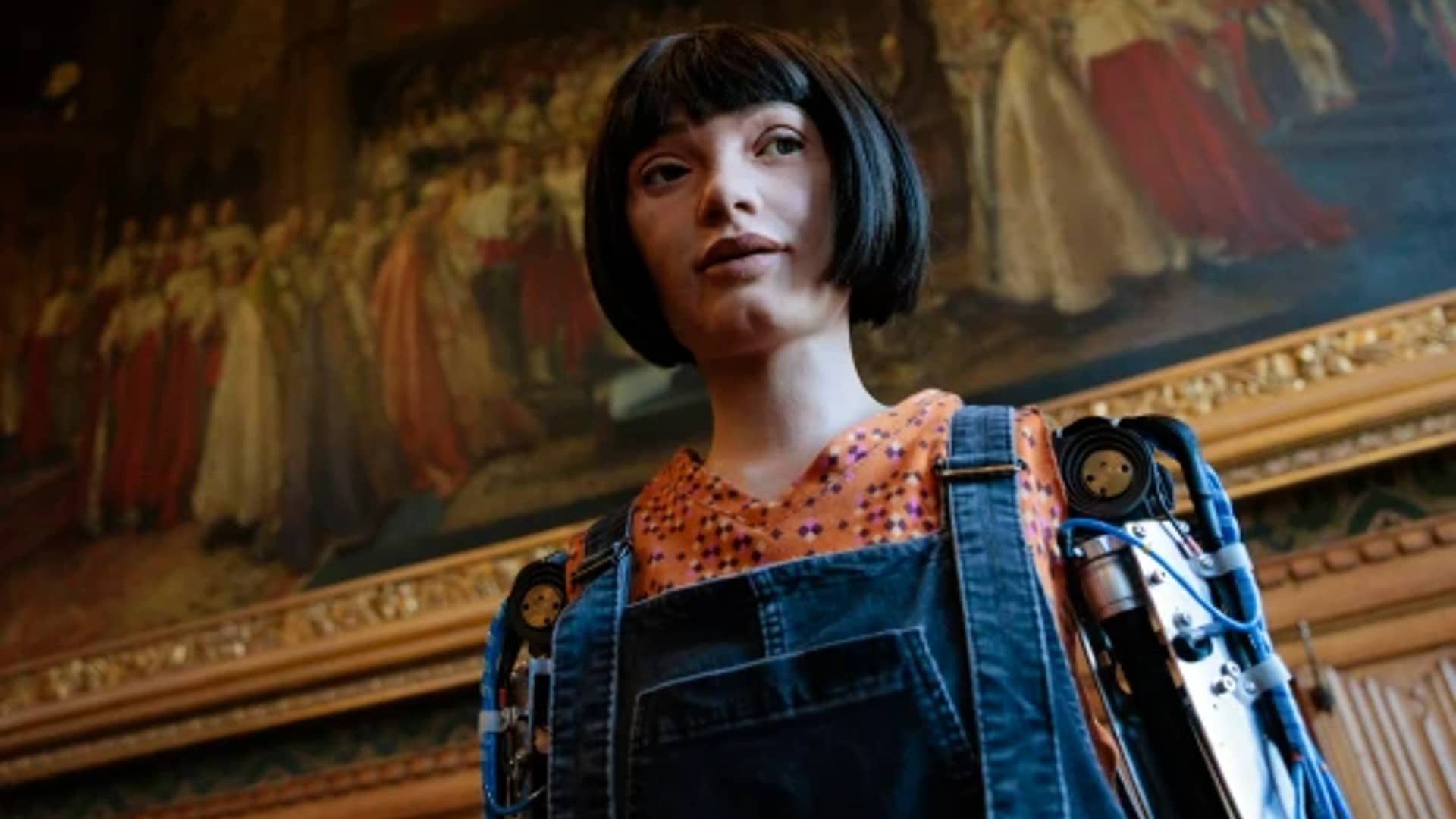 We have heard speeches of leaders in Parliament, but in the UK Parliament on Tuesday, a special speaker spoke. It was not a human, but a robot. A humanoid robot named Ai-Da addressed the House of Lords. The topic of discussion was whether Artificial Intelligence (AI) is a threat to the creative industry. According to reports, the discussion faced a technical snag as the robot went into sleeping mode. The discussion was taken forward by rebooting it.

of daily mail Report According to reports, the robot was talking to members of the Communications and Digital Committee. The robot is said to have encountered a technical fault during the discussion. Robot creator Aidan Mailer then rebooted it and took the discussion forward. Ai-Da was created by Aidan Mailer in the year 2019. The robot was later taken over by Cornwall-based Engineer Arts.

During the interaction, the committee member asked the robot how you create art and how it differs from the work of human artists. In response, the robot said that it can use its paintings with cameras installed in its eyes. The robot said that I am not alive, yet I can make art. Robot told the UK Parliament that the role of technology in making art would continue to grow. Technology has already had a huge impact on the way we create art. Talking about art, Robot also said that art can be many things, from painting to drawing and poetry. Robot told that he practices all these.

The robot informed the Committee that it paints its paintings on canvas using its eye-mounted cameras, AI algorithms and robotic arms. Ai-Da also painted a portrait of the late Queen Elizabeth II of Britain. British lawmakers seemed impressed by the robot’s arguments. Significantly, the use of AI has increased very rapidly in people’s lives. In the coming time, a whole army of robots can be ready, which will complete all kinds of tasks.