Road-connected car with domestic equipment has been tested 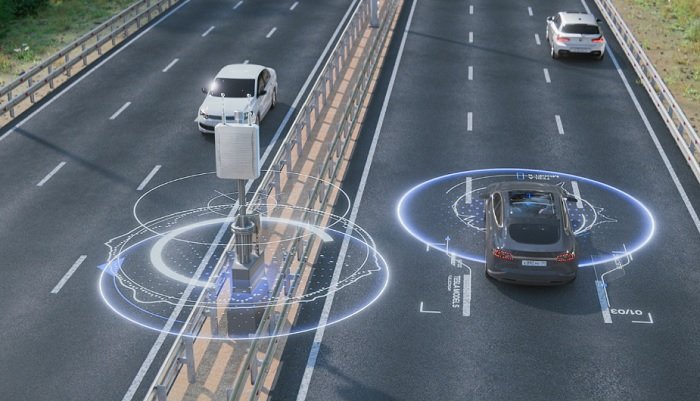 According to the Telematics concern, tests of the domestic V2X (Vehicle-To-Everything) on-board device have been carried out on the Central Ring Road (TsKAD) in the Moscow region. The solution developed by the concern will allow cars to communicate with each other, as well as receive commands from the road infrastructure. This technology will help prevent accidents, reduce traffic jams and travel time, its creators say. A car equipped with the V2X system and connected to the road drove through the “smart” Central Ring Road for the first time.

The road infrastructure from base stations sends traffic warnings and messages to the car driver on the screen about the need to slow down, stop and change lanes. V2X technology is also compatible with unmanned vehicles: such vehicles will also receive the necessary commands and make a decision on how to react in the current situation. The system will inform you in advance about the incident and reduce the response time, which is especially necessary on highways at high speeds, in winter and difficult climatic conditions, when in the event of an emergency ahead, the count goes to a fraction of a second.

According to the General Director of the United Operator company, which maintains and operates the Central Ring Road, this is the first demonstration of domestic V2X equipment on real public roads in Russia. 14 different scenarios were successfully worked out: accidents, the appearance of people on the track, traffic jams, roadworks, deterioration in visibility, slippery roads and others. Also, the device was successfully tested at the test site when interacting with autonomous vehicles on an unmanned truck. In the near future, the second key element of the V2X system, road base stations, will be tested.