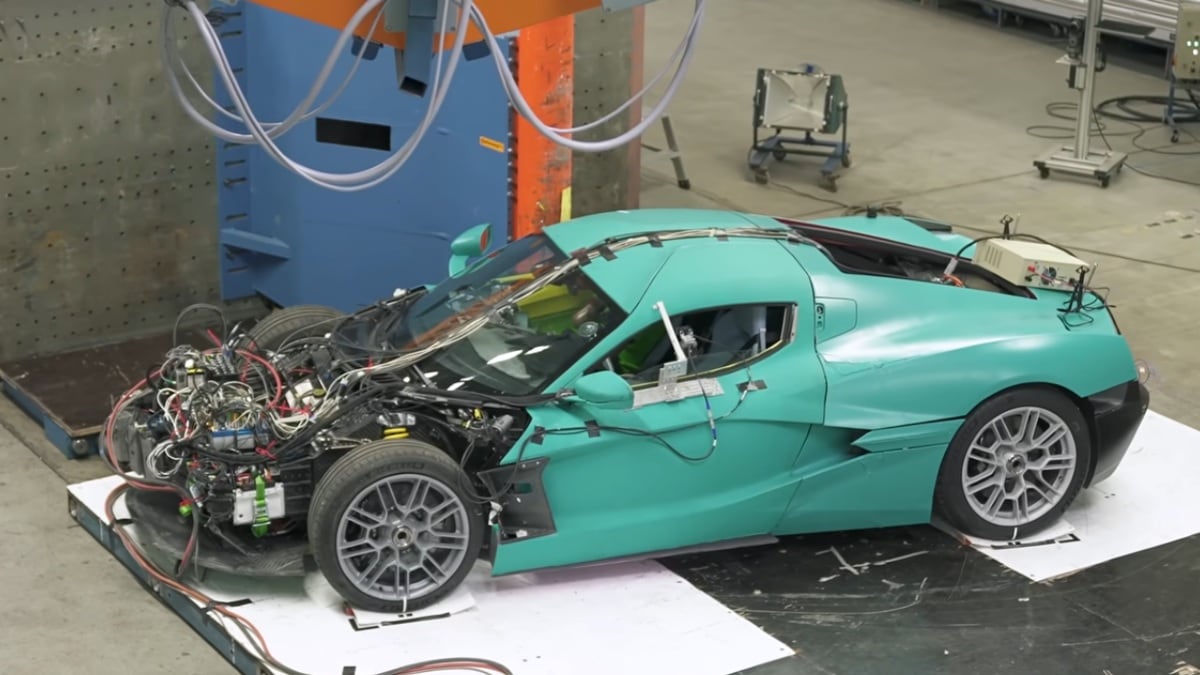 It took Rimac four years to get approval for its electric supercar Nevera. The company has given this information through its Twitter handle. To achieve this homologation (authority approval), the company has crash-tested a total of nine Navara electric supercars in these four years, wasting more than $20 million of Rimac’s money. For those who do not know, let us tell you that the Rimac Nevera is said to be the fastest electric car in the world, which is capable of generating a maximum power of 1,914 hp and peak torque of 2,360 Nm, and as per the claim, a top speed of 415 kmph. can reach.

Rimac shared Carwow’s YouTube video on Twitter and informed that the company has completed the test program for global homologation of the Nevera electric supercar after four years of testing. The tweet read (translated), “After four years of rigorous testing, thousands of digital simulations, nine crashes of cars, we are very pleased to announce that our intensive crash test program for Global Homology is now complete. Has gone.”

Four years of hard-to-watch tests. Thousands of digital simulations. Nine complete cars crashed. We are hyped to announce that our intense crash test program for the global homologation is now DONE – and @carwowuk took part in the final one. https://t.co/wYd3PZSjyN

Carwow’s video shows that a total of 45 physical crash tests were conducted on these nine prototypes of the Navara. In these tests, each model goes through a series of tests, initially involving small bumps, and gradually increasing the intensity. In addition to the physical test, several safety tests were completed through computer simulation. Simulation largely avoids prototype destruction, but it takes a long time.

The company says that while a physical crash test takes 80 milliseconds, it can take up to 20 hours to create a crash simulation of a car. Even though it takes time, it saves car companies a lot of money. Simulations are useful in telling engineers what kind of adjustments a car needs to make in order to pass the actual crash test. After this, necessary changes are made in the design of the original car based on the simulation.

The price of the Rimac Nevera electric hypercar is 2.27 million euros (approximately Rs 16.95 crore), according to which the company has lost more than $ 20 million (about Rs 169 crore) in crash tests.

Rimac says crash tests for the Navara electric supercar in Europe were done last year, and the final tests for US certification were in January this year.

This electric hypercar is touted as the world’s fastest road-spec car with a top speed of 415 kmph. The company claims that this car is capable of accelerating from 0-96 kmph in just 1.86 seconds. The company says that only 150 units of this car will be made and sold.