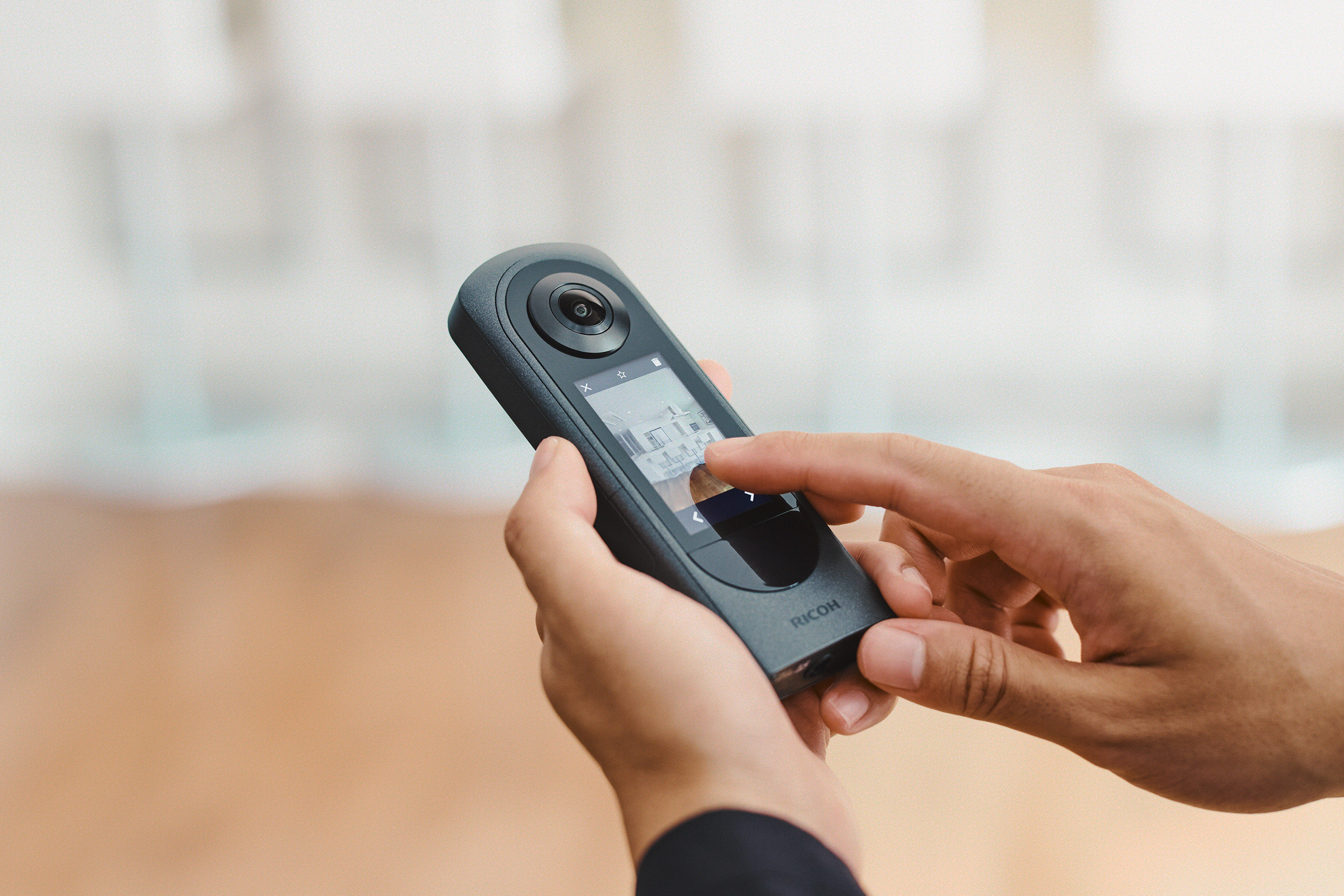 Ricoh spoke about the Theta X camera, which is scheduled for release in March 2022. This is the first panoramic camera with a 2.25-inch touch screen, replaceable battery and micro-SD card slot.

Unlike previous Ricoh Theta cameras that relied heavily on a smartphone or tablet to manage, share and edit footage, Theta X takes a more versatile approach. This is facilitated by the presence of a color touch screen, which is used both for navigating through the camera’s menus and for composing shots. While this screen is much smaller than mobile device displays, it allows you to get things done on the go without worrying about pairing Theta X with your smartphone or tablet.

The replaceable battery and memory card slot mean that if you have extra batteries and cards, you can shoot for as long as you want without having to recharge your device. Previous Theta models had only built-in batteries and flash memory, which greatly limited their capabilities.

Among the less significant improvements, the following can be noted: the need to enter the SSID when connecting a smartphone or tablet via Bluetooth has been eliminated.

The Theta X features new 48MP CMOS image sensors, an upgraded processor and an improved lens. When shooting photos with a 360° field of view, Theta X allows you to shoot at a resolution of 60 megapixels. In terms of video, Theta X shoots 5.7K (5760 x 2880 pixels) video at up to 30 fps with “improved image stabilization”. Other features include a GPS receiver and a USB-C port for charging without having to change batteries.

The Ricoh Theta X is expected to go on sale in March 2022 for $799. In addition to the camera, the kit will include a USB cable, a soft case and a battery.