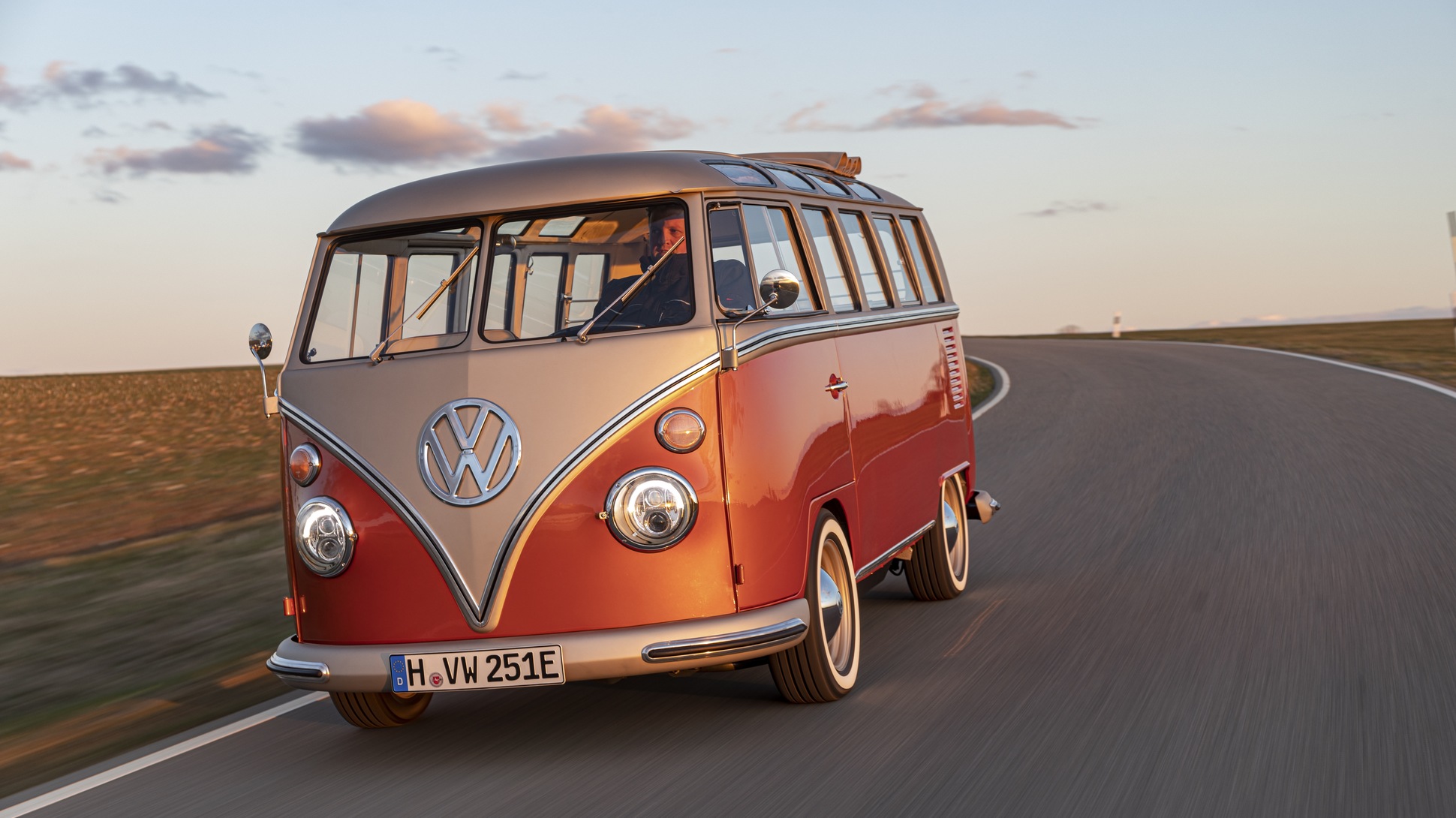 A few days ago, Volkswagen chief executive Herbert Diess said: “The legend will return on March 9, 2022” and also posted a sketch of the ID.BUZZ electric car.

Sources specify that the production version of the all-electric Volkswagen ID.BUZZ minivan will be the “resurrection” of the classic Volkswagen T1 model, which was produced from 1950 to 1967.

Leaked unofficial renders have also been released that show what the car could look like. Like other all-electric models in the Volkswagen ID family, the ID.BUZZ is also built on the all-electric Volkswagen MEB platform. It is positioned as a medium-sized minivan and can have three rows of seats.

ID.BUZZ will get a two-tone body, a short hood, and will also copy some design elements from the Volkswagen ID family. The rear lights, which are connected by an LED strip, are in line with current trends in the market.

Also, a photo of the ID.BUZZ salon appeared on the Web, which will receive a digital dashboard and a “floating” screen of the multimedia and entertainment system.

According to previous reports, the Volkswagen ID.BUZZ will be available in three versions. The younger single-engine will have a rear-wheel drive design and a power of 200 hp. There will also be a mid-size model with unknown parameters and a twin-engine all-wheel drive top-end version with 300 hp. (another source says 400 hp) The older version will have a 111 kWh battery pack and a range of about 550 kilometers, according to WLTC.

The length will be about 5 meters with a wheelbase of 3.3 meters.