Retired army personnel are driving the safest taxis for women, providing service in this city 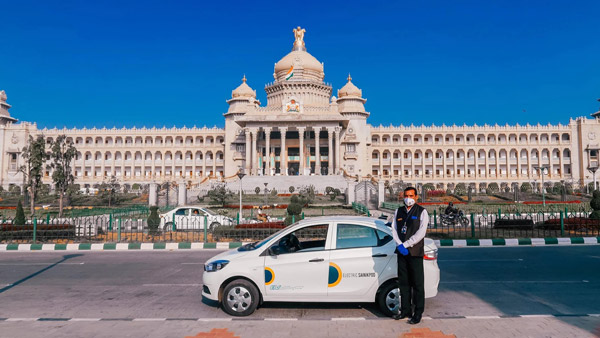 The idea behind Mobility Solutions Provider- Motherpod Innovation Pvt Ltd to recruit ex-servicemen to drive these vehicles is to provide them a respectable career after retirement and offer the safest ride to commuters, especially women passengers Is.

Monish Khosla, CEO, Sainikpod says that soldiers are the most disciplined and trusted group of people in our country. In terms of safety for passengers, especially women, SainikPod and our soldiers provide them with the highest level of security available till date.

Sainikpod vehicles can be booked from booking points called pod stands that are built outside major Bengaluru Metro stations. This is convenient for travelers who are uncomfortable with digital booking processes or who do not have internet access in their phones. Passengers can also avail Sainikpod membership where they will have to pay a minimum of ₹25 per ride plus ₹15/km.

All Sainikpod vehicles are equipped with smart meters and are managed by Sainik Control Rooms to provide the safest movement options for the people. In addition, they dedicatedly follow all COVID safety protocols, including sanitizing the vehicles after each ride and a partition between the driver and the passenger in each car.

The mobility company has already partnered with IT companies like Capgemini, Wipro and IBM along with Bengaluru Metro to provide its services. It will soon introduce pickup points for all 35 Namma Metro stations in Bengaluru. Soon it will also be available at commuter hot spots in the city.

Karnataka has the highest number of beneficiaries under the FAME scheme, followed by Tamil Nadu, Maharashtra, Rajasthan and Delhi, with additional state-level incentives being provided. The FAME-II scheme was originally for a period of three years ending on March 31, 2022. However, earlier this year it has been extended till March 31, 2024.