Researchers discovered lizard of dinosaur era, will the truth of 150 million years come out? 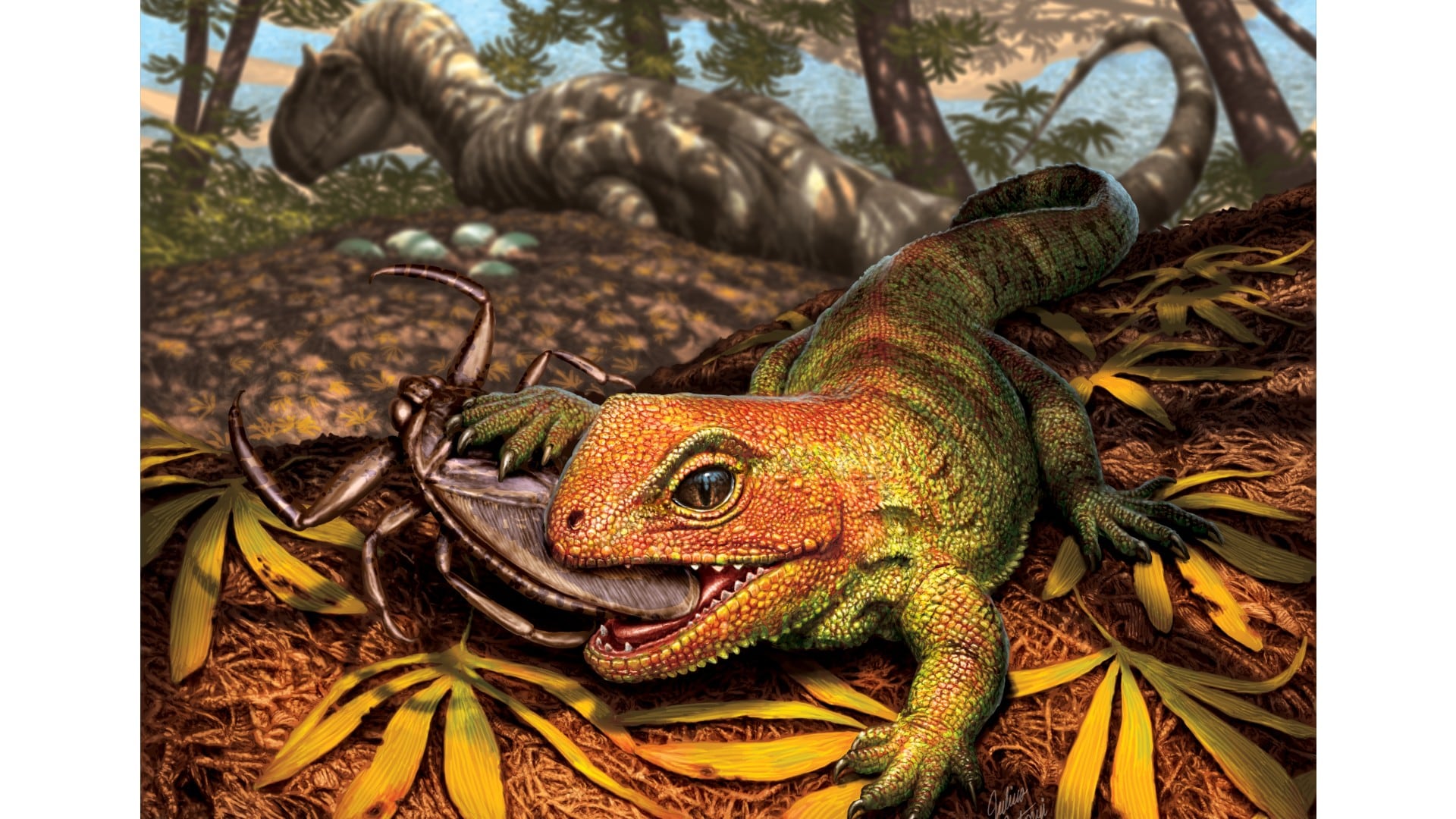 Researchers have discovered a well-preserved fossil of a new extinct species of lizard-like reptile. It belongs to the same ancient lineage as the tuatara of New Zealand. Significantly, the lizard found in New Zealand, Tuatara, is also called a living fossil, because it has survived on the earth for about 190 million years. However, a team of scientists has told about the new species Opisthiaamimus gregori that it lived with dinosaurs like Stegosaurus and Allosaurus in North America about 150 million years ago. The size of this extinct species would have been about 16 centimeters (about 6 inches) from nose to tail, which is about the size of a human’s palm. It is believed to have survived by eating insects and other invertebrates.

This fossil was found from a site in Wyoming’s Morrison Formation. searched and it is a new species, named Opisthiamimus gregori. The discovery was made by a team of scientists from the National Museum of Natural History, University College London and the Natural History Museum. He has told about this new animal in a paper published in the Journal of Systematic Paleontology.

Matthew Carano, one of the study’s authors and curator of the National Museum of Natural History, said it looks like a normal lizard, but it represents a complete evolutionary epic of more than 200 million years.
Further study of the fossils found in Wyoming could help determine why these creatures became extinct. At one time there was a diversity of species in their class, but today the tuatara of New Zealand is the only surviving member.

The Tuatara resembles a fat iguana. However, this new member of the tuatara and its lineage Opisthiamimus gregori are not really lizards. These are rhinocephalians. It is a class that descended from lizards about 23 million years ago. At one time their presence was all over the world. These were of various sizes, but for some reason they became extinct as the presence of lizards and snakes increased.

The new fossil has been kept in a museum collection, where it will be further studied. This will help researchers understand in the future why the tuatara is the only remaining rhinocephalian.