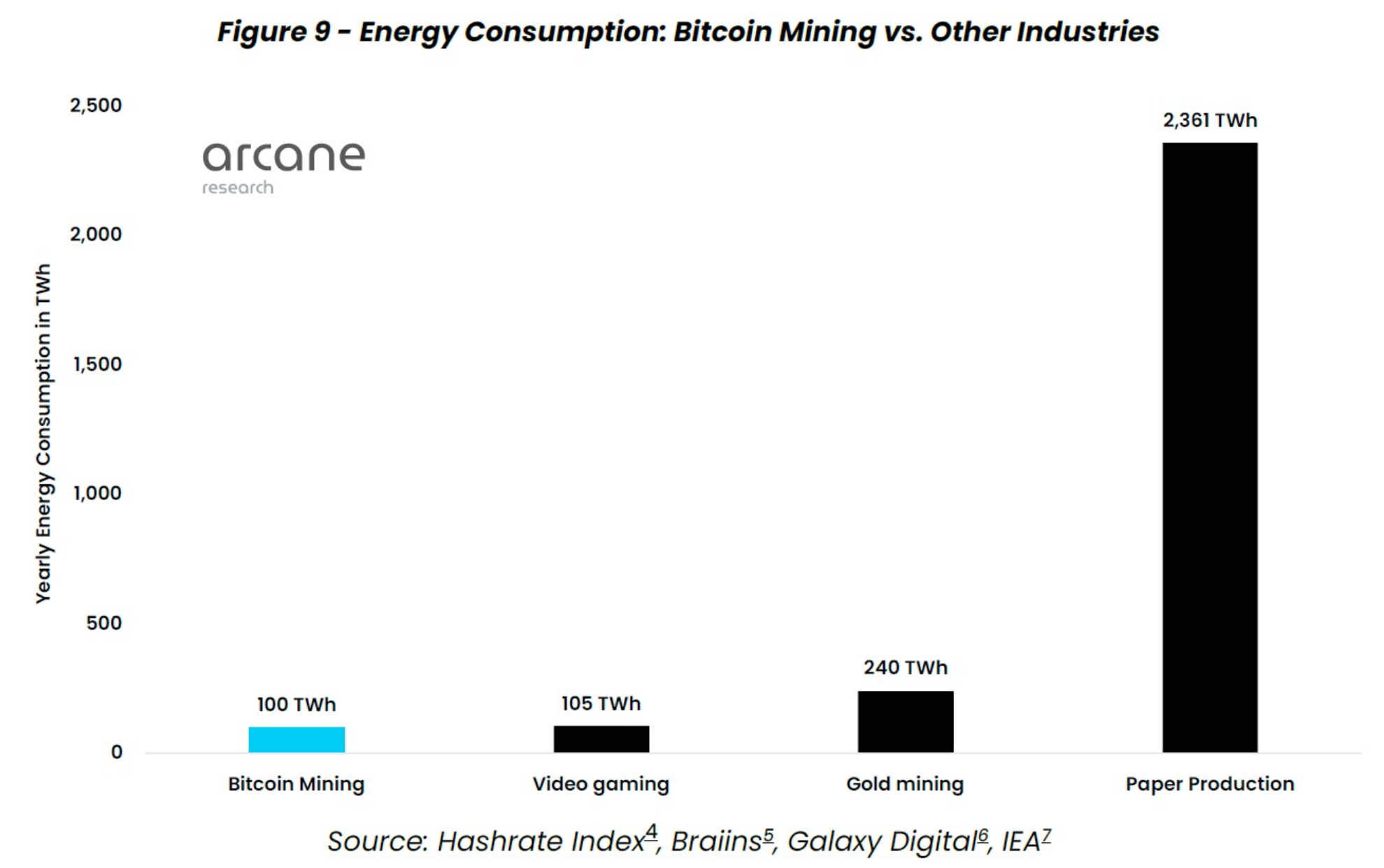 Bitcoin has many active and influential critics. At first, Bitcoin was a scam; now BTC is one of the national currencies of El Salvador. This then “facilitated illegal activities”, though cash is still a criminal’s best friend. Now activists say it’s an environmental disaster, another weak argument put forward by a small but vocal minority.

At the same time, according to a recent report published by Arcane Research, while the energy consumption of BTC mining has grown significantly in recent years, the industry still makes up a very small part of the total global volume.

Bitcoin miners currently use about 100 TWh of electricity per year. This figure accounts for about 0.06% of total global energy demand, which is very small.

The extraction of physical gold and, especially, the production of paper, requires much more energy.

Arcane Research researcher Jaran Mellerud has modeled bitcoin’s energy consumption through 2040 at various asset prices. He listed the most significant components of his model:

According to him, the market value of a cryptocurrency is the most important factor in determining the consumption of its network in the future.

Bitcoin miners mine 52,560 blocks per year. At the same time, according to Coin Metrics, historically, the average amount of transaction fees per block is 0.4 BTC.

The model assumes maintaining the indicator at 0.4 BTC until 2040. According to the researcher’s calculations, the share of commissions in miners’ income will reach 67% by this time. Halvings occurring every four years (the process of reducing the speed of generating new units of cryptocurrency) will reduce the block reward to 0.195 BTC by 2040.

On the other hand, historically, along with the price, energy consumption has always increased. Therefore, Bitcoin’s rally over the next couple of decades could really make the network a “global consumer.”

Even if it reaches $2 million by 2040, Mellerud calculates that the Bitcoin network will consume 894 TWh annually, about 10 times more than its current level.

“This is 0.36% of the estimated global energy consumption in 2040, which implies a significant increase from the current figure of 0.05%,” Mellerud said.