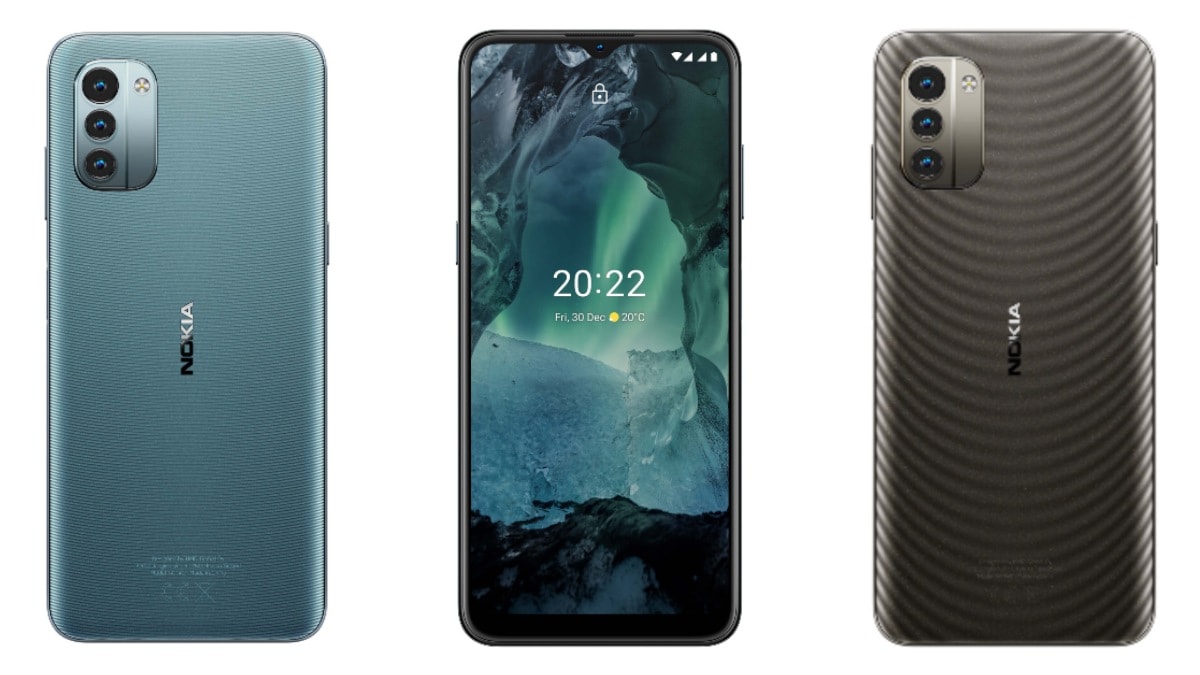 Alleged renders of the Nokia G21 smartphone have been leaked online, indicating that the phone could come in at least two color options. The picture also indicates that the phone will have a waterdrop notch and triple rear camera setup. It is being said that this phone will be the successor of the Nokia G20 smartphone, which was launched in India in July last year. A 50-megapixel primary camera can be given in the new phone. Apart from this, the battery of the phone can be 5,050 mAh, with which fast charging support can be found. It is being said that the phone will get two RAM and storage configurations. At the same time, this phone was also spotted on the Geekbench website last week.

Tipster Roland Quandt reportedly in two sets Nokia G21 The pictures of the smartphone have been shared on Twitter. First set Nokia G21 smartphone has been seen in Blue color option while other set In this phone can be seen in gray color option. Apart from this, a triple rear camera setup has been seen in the phone, with which there is a waterdrop notch for LED flash and selfie. Let me tell you, recently this phone was on Geekbench. spot was done, after which the renders of the phone have now been leaked. The listing of the phone on the benchmarking site has indicated that this phone will be equipped with Unisoc processor, with which 4 GB RAM can be found.

recent Report It was claimed that the Nokia G21 will get a 6.5-inch HD Plus display, which will have a resolution of 1600 x 720 pixels. Its aspect ratio will be 20: 9. Unknown Unisoc processor will be present in this new Nokia phone, with which 128 GB storage option can be given with 4 GB RAM. Storage can be expanded up to 512 GB.

For photography, a triple rear camera setup can be given in the phone, which may include a 50-megapixel primary sensor. Apart from this, two more cameras of 2 megapixels can also be part of this setup. On the front, an 8-megapixel camera can be given for selfie and video calling. The phone is said to house a 5,050mAh battery with fast charging support.