Renault may launch new electric car Megane E-Tech in India, know about it 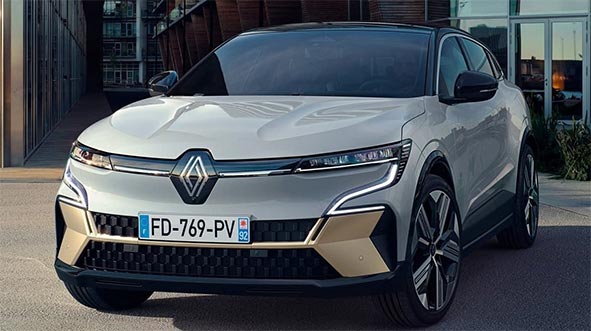 Renault is looking to enter the Indian Electric Vehicle segment. According to a report, the company can launch the all-electric car Megane E-Tech here. This car was unveiled during the Munich Auto Show last year, which is based on Renault’s CMF-EV platform.

Notably, the Megane E-Tech isn’t the only car in Renault’s international lineup that is being discussed to launch in India. Apart from this, Renault is also planning to launch the Arkana SUV coupe here.

Talking about the design of the Megane E-Tech, it is inspired by the Megane eVision concept that was showcased in 2020. The cabin of this car has a 12.3-inch instrument display and 12-inch portrait style infotainment touchscreen. The E Tech has a longer wheelbase than the standard Megane hatchback, which will provide more cabin space.

As mentioned earlier, the Megane E-Tech has been built on the Renault CMF-EV platform with a choice of two types of battery pack options, 40kWh and 60kWh. Its 40 kWh battery pack produces 130 Bhp and 250 Nm. So the 60 kWh version outputs 218 Bhp and 300 Nm. Renault claims that according to the battery pack, this car can cover a distance of up to 470 km in a single charge. Now it will be interesting to see which version of this Reno offers in India.

THIS RENAULT ELECTRIC CAR CAN BE BROUGHT THROUGH THE IMPORT ROUTE

The Megane E-Tech is not the first car that is being considered for launch in India. At the 2020 Auto Expo, the company showcased the Renault Kwid-based K-ZE electric hatchback and a more premium Zoe EV. Both the models are being considered to be launched in India which will be manufactured in the country itself. Talking about Megane E-Tech, this car can be imported and sold here. The price of this electric crossover car can be up to Rs 45 lakh. The Mini Cooper SE EV has also been launched recently at the same price bracket.