Renault launches festive edition cars to woo customers in festivals, know what are the features

What is special in the festive edition models?

The festive edition models get sporty red accents around the front grille, DRLs/headlamps and side door decals as part of the update. The Limited Edition will be made available in only one color with a white body with a mystery black roof top. The company will open bookings for the festive limited edition range from tomorrow (September 2) across all Renault authorized dealerships. However, Renault is yet to announce the price.

The Renault Chiger Festive Edition will come with Silverstone Gray colored alloy wheels and red calipers. These editions have been introduced to give sporty appeal to the car. The Chiger Festive Edition shares the same 1.0-litre petrol engine from its standard variant. The Chiger is the company’s safest car in India with a 4-star safety rating. Some of the key features of this car include wireless smartphone charger, cruise control function and ABS.

Similarly, the Triber Festive Edition model has been offered in a special red color accent. It gets wheel covers and door handles in Piano Black colour. The Renault Triber is specifically positioned as a comfortable ride and a family car. The Triber offers best-in-class seating in all rows and the largest bootspace of 625 liters in its class.

The KWID Limited Edition is offered in the Climber base trim. Apart from the styling treatment, this model gets additional red highlights in the front and rear skid plates along with the roof rails along with dash. In addition, the Kwid Limited Edition gets a red colored roof rail on the C-pillar. The visual appeal of the car is further enhanced by the use of Piano Black color in the wheel covers and ORVMs.

Let us tell you that the next car of Renault in India could be the Renault Arcana. Recently it has been seen during testing. The Renault Arcana is a mid-size SUV from the company. The company also released its teaser last year and now the company is preparing to launch it.

The Renault Arcana is a hybrid car built on the CMF-B platform that will compete with the likes of Toyota Hirader, Maruti Suzuki Grand Vitara and Honda City Hybrid in the Indian market. The company has not given clear information about the Arkana but has not ruled out bringing it either. In such a situation, it is believed that the company is testing it in the Indian environment to launch it.

If reports are to be believed, instead of making the Renault Arcana in India, it will be imported as a completely built unit from outside. With this, this SUV can be the most expensive in its segment. At present, Renault is selling three models – Kwid, Chiger and Triber in India. 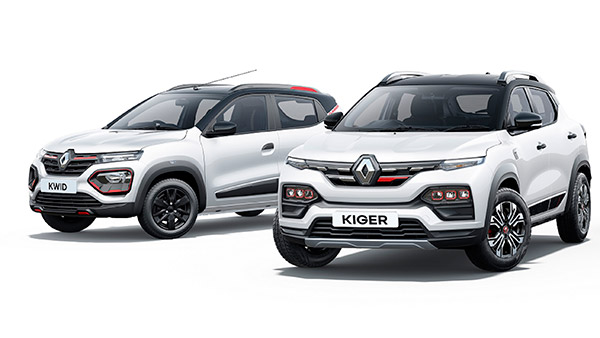