Renault Kwid Electric launched in Brazil, will this car come to India 2022 Sometime back, the Renault Kwid Electric was spotted testing in Brazil . Now the company has launched the electric version of the Kwid in Brazil. This is Renault’s entry level electric car which is available in the European market under the name Dacia Spring.

The design of the Kwid Electric is very similar to the model with its ICE engine. However, there are some EV-specific differences as well which include a closed grille, E-Tech badge and new alloy wheels. In Brazil, the KWID EV is available in three color shades: Noronha Green, Glacier Polar White and Diamond Silver. 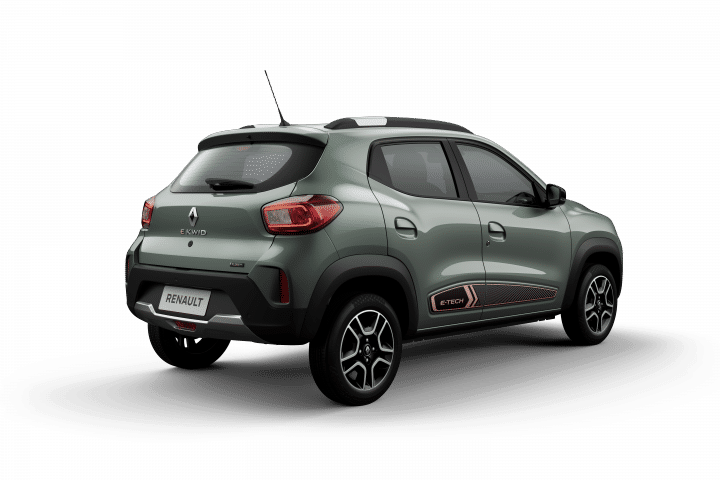 The EV-specific instrument cluster and 4-spoke steering wheel have been given in the interior of the Kwid Electric. This is the biggest update on the interiors that sets it apart from the cabin of the regular model. It has been given a circular gear selector like the Kwid available in India.

Renault has given features like 7-inch touchscreen system, all power windows, manual AC and voice recognition in the Kwid e-Tech. For safety, it has been given features like ABS with Brake Assist, Hill Start Assist, Electronic Stability Control, six airbags and tire pressure monitoring system.

According to the Brazilian standard, the Kwid EV can travel 298 km on a full charge. The regenerative braking system has been given in the Kwid EV, which keeps charging the battery of this electric car . This electric vehicle can also be charged with a 7 kW wallbox charger and DC fast charger. It takes only 40 minutes to charge 15 to 80 percent with DC fast charger.

Now the question arises whether Renault Kwid Electric will be launched in India? Renault India showcased the Kwid Electric under the name K-JE at the Auto Expo 2020. Renault is yet to share its plans to launch an electric car in India, so the Kwid e-Tech is unlikely to arrive anytime soon.